Written by GreekBoston.com in Greek Mythology Comments Off on About Hecate – Greek Goddess of Magic 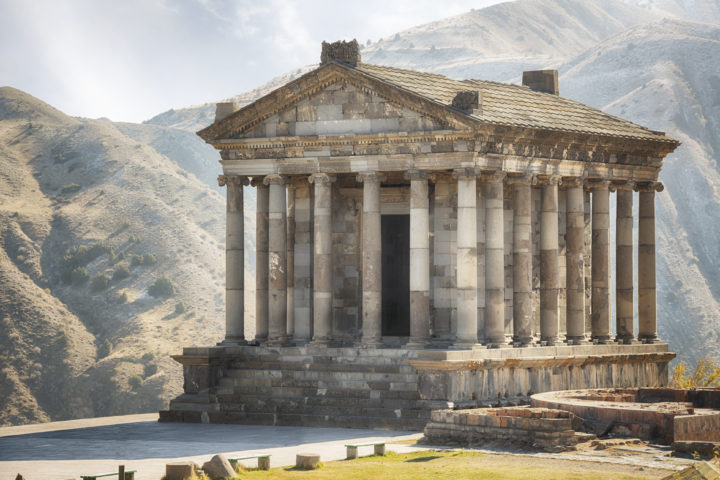 Hecate is known as the goddess of magic, witchcraft, ghosts, and crossroads, particularly those of the underworld where she was once said to reside. While she is not as well known as the Olympian gods and goddesses and is said to be more comfortable out of the mythological spotlight, she has played important roles in Greek mythology, including guiding Demeter through the underworld as she searched for Persephone.

The name Hecate originates from the Greek word “hekatos”, which translates roughly to “one who works from afar.” The origins of her following are unclear, though she was once widely worshipped in southeast Europe in an area once known as Thrace. Hecate often appears in three-formed statues, symbolizing the new moon, half moon, and full moon in the lunar cycle.

Hecate is characterized by her pair of torches, though she has many symbols by which she is recognized, including certain animals. Hecate is said to have had animal familiars – a black dog, formerly the Trojan Queen Hekabe, and a polecat, previously a maiden. In various representations, Hecate is depicted as having at least one animal head.

Hecate is also associated with plants, specifically in the realm of creating medicines and poisons. Garlic, oak, and cypress are commonly regarded as symbols of Hecate.

Throughout ancient history, Hecate was worshipped by cults that made offerings and built shrines in her name. Two of the most significant cults were those at Lagina and Byzantium. Hecate even had a temple at Lagina, although it was the only significant temple dedicated to her. She was widely worshipped during the Deipnon, a large evening meal served to Hecate once a month at the new moon to put souls to rest. In cults dedicated to Hecate, dogs were often sacrificed and consumed as part of these rituals.

By medieval times, Hecate had come to be linked with witchcraft and the moon in other areas of Europe. Hecate even appears by mention in the works of William Shakespeare. The Blackburn Cult, a religious group with predominantly female membership active in the 1920s, practiced some rituals connected with worship of Hecate, including dog sacrifice and tendencies toward practicing magic.

While Hecate is not widely worshipped today and likely only exists in a few small circles, she had great influence in ancient Greek mythology. She may not have played a central role in the stories of the Greek gods and goddesses, but the role she did have as a figure in these tales provided a gateway for the better remembered Greek myths, a testament to Hecate as the goddess of crossroads, ghosts, and magic.