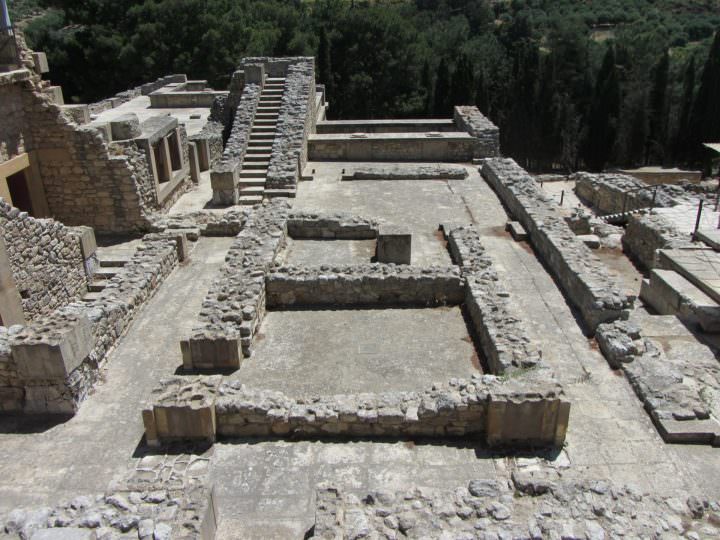 There are many figures in Greek Mythology that leave an impression and King Minos is one of those individuals. He is also know of those characters who may have actually been real, but this fact has yet to be validated for sure. Back then, stories were passed down from the generations. Here’s an overview about what we know about King Minos:

King Minos was the powerful ruler of Crete about 3,500 years ago. He first appeared in Green mythology in Homer’s Iliad and Odyssey, and later in Athenian dramas. He was considered to be the son of Zeus, the king of the gods, and Europa, a mortal woman. He eventually became the first king of the island of Crete, which at the time was a Minoan civilization. He was thought to have united the surrounding communities on Crete while he ruled. He regularly met with Zeus to learn how to lead and form laws. He wrote the first Cretan constitution and is thought to have started the navy on the island.

Although Minos was a powerful and just king, he was also prone to poor judgment when his pride was tested. One such occasion happened when Minos prayed to Poseidon to confirm his right to rule by sending a sign in the form of a pure white bull. Poseidon sent the bull out of the sea with the stipulation that it be sacrificed in his honor.

When Minos saw the white bull, however, he decided it was too precious to kill, and sacrificed a different bull instead. Angry, Poseidon asked Aphrodite to curse Minos’s wife, Pasiphae, to fall in love with the bull. Pasiphae then became pregnant and gave birth to a half-man, half-bull monster, the Minotaur. Minos ordered his architect Daedalus to construct a labyrinth to hold the Minotaur.

King Minos and the Labyrinth

Minos and his wife Pasiphae had eight children together, including their athletic son Androgeus. Androgeus went to Athens to participate in athletic contests, and when he won them all, King Aegeus of Athens became jealous and had Androgeus killed. Enraged, Minos swore revenge against Athens. He asked Zeus to punish the city, so the gods sent plague and famine. To lift the curse, Minos demanded that every nine years, Athens send seven girls and seven boys to Crete to be sacrificed.

The sacrificial Athenians were trapped inside Daedalus’s labyrinth, at the mercy of the Minotaur. For years, the Minotaur slaughtered every young person who was sacrificed.

After many years, the hero Theseus from Athens volunteered to enter the labyrinth, determined to stop the cycle of terror and death. Upon arriving in Crete, Theseus met Ariadne, one of the daughters of King Minos. The two fell in love, and Ariadne asked the architect Daedalus for a clue that would help Theseus survive. Using Daedalus’s secret, Theseus successfully navigated the labyrinth. He fought and killed the Minotaur before escaping the labyrinth alive.

The End of His Life

Furious and once again seeking revenge, King Minos pursued Daedalus and eventually found him in Camicus in Sicily. Before Minos could exact revenge, he was murdered by Daedalus and the daughters of King Cocolus, who poured boiling water over Minos while he was in the bath.

After his death, Minos was honored by the gods by being sent to the underworld to become a judge of the dead. There, he served alongside his brothers Rhadamanthys and Aeacus, deciding the fate of those who entered the afterlife.

Although this version of King Minos is definitely a mythological figure, he also may have been a real person.