The Titan lord of light,  and his wife Theia gave birth to the three gods that control the lightness and the darkness of the sky: Helios, Selene, and Eos.

Helios is the God of the sun. He rises at dawn from the ocean in the east and drives his chariot through the sky, reaching the highest point in the heavens, and continues back down at night in the west. It then takes all night to journey back to the east where the cycle begins again the next day. He emits strong rays over the Earth. The other gods of the earth, water, and air all absorb his heat, which makes them happier, more relaxed, and kind to others. Helios was proud that he spread this kind of comfort. Because Helios appeared and disappeared every day he was viewed as reliable and a constant. Using the clay and the power of Helios, Prometheus created man from clay. The heat and energy from Helios is what kept man together.

Selene is the second child of Hyperion and Theia. She is the Goddess of the Moon. She has wings and a crescent-shaped crown that shed light in the darkness. Unlike her siblings, Selene is painfully shy. She has a tendency to close in upon herself and can’t fight it. When she is hiding completely, she hears the wails of women that need her and she reveals herself little by little, driving across the night sky in a chariot pulled by white horses with long manes. Over the span of two weeks she becomes fuller and fuller until she is gleaming over mountain peaks and waves across the Earth. She then shrinks back again until she hears women singing and serenading to her. When she appears, she provides people with a sense of calm. Whereas Helios is known for his daily rhythm, Selene is known for her monthly rhythm in connection with women that gives them the power to become mothers. Selene was the first deity to love a human as she fell in love with the mortal, Endymion. Together they had 50 daughters, called the Menae, who took turns accompanying their mother each night. Because he was mortal he would die, so she asked Zeus for help. Zeus put Endymion into an eternal sleep so that he wouldn’t age and die, which made Selene very sad.

Eos, the third child of Hyperion and Theia, is the goddess of dawn. She brings the first light of morning by riding a winged-horse across the sky every day to announce her brother’s arrival. The sight of her gives people hope. With Astraios, a son of Titans, Eos produced the stars and the three winds; Zephyr, Boreas, and Notos. Zephyr is from the west and lightly clears the skies. Boreas is the chilly wind from the north. Notos brings storms from the south in late summer and early autumn. 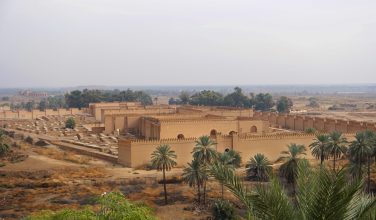