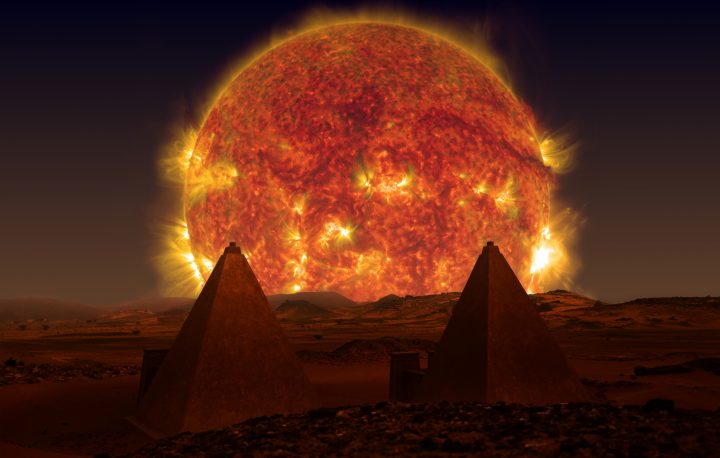 There are a lot of gods and goddesses in Greek mythology, and some have a more prominent role than others. Thanatos is the personification of death, and he played a minor role in some of the stories. The Greek word for death is thanatos, which is a direct reference to the god. Here’s more information about him:

About Thanatos the God of Death

Thanatos was the son of Nyx, the goddess of night. Nyx was not born on Earth, but in Gaia. She was created close to the beginning of time and her home was in Hades’ underworld. Nyx was known for her shadowy figure, which seems the perfect personification of night. Thanatos’ twin brother was Hypnos, the god of sleep. The caves that they lived in were surrounded by poppies and other plants that induced sleep.

Hypnos was a gentle and calm god who helped mortals in need. Thanatos was believed to be the opposite, merciless and hated by both mortals and gods, though he was the god of non-violent death. He would appear to humans and carry them to the underworld when their allotted time in life had expired.

There are different versions of the fathering of Thanatos. Some literature says he has no father, rather he was a broken-off piece of his mother Nyx’s spirit. Other stories say that Thanatos’ father was Erebos, the god of darkness. Other siblings of Thanatos include: Oizys, the goddess of suffering; Moros, the personified spirit of impending doom; Geras, the god of old age; and Eris, the goddess of strife.

Thanatos’ Appearance in Myths and Literature

Thanatos played a role in two Greek myths. In one myth, Thanatos was sent to bring Alkestis back to the underworld. A battle between Thanatos and Heracles ensued and Thanatos was driven away. The second myth involved Sisyphus who was a criminal. Zeus told Thanatos to chain Sisyphus in the underworld because he needed to die. Instead, Sisyphus managed to chain up Thanatos, protecting mortals from death.

In art, Thanatos has appeared as an infant sleeping in the arms of Nyx. He is also portrayed in youth carrying a butterfly, which can symbolize the soul or life. Sometimes he is a youth carrying poppies, which are hypnotic and with too much exposure can lead to death. He is also portrayed carrying a torch, which is the representation of a life extinguished. Thanatos is usually featured in art along with his twin brother Hypnos.

One piece of art shows Thanatos and Hypnos on Euphronios Krators, an ancient Greek terra-cotta bowl used for mixing water and wine, as they carry Sarpedon back home for his burial.

Thanatos may not have played a major role in Greek mythology, but his influence is still seen today.