Halva is one of those desserts that is an important part of Greek cuisine. It’s especially popular during special occasions, but is light enough to be served a lot more frequently. It tastes especially delicious with a cup of Greek coffee! 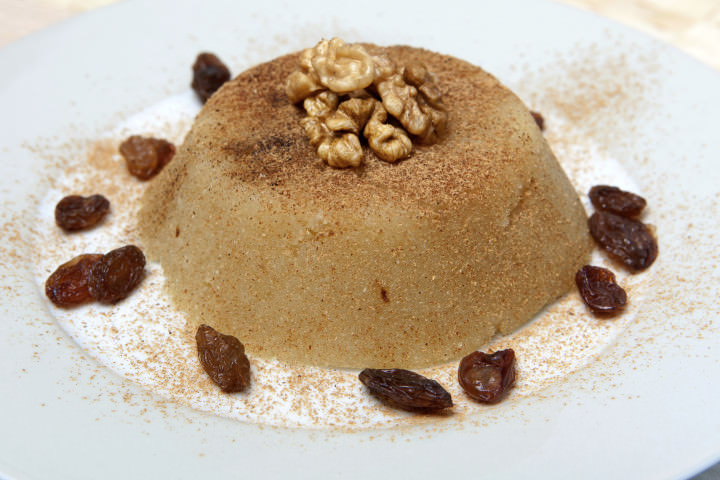 ** If following a gluten-free diet, use 2 cups of coarsely ground sesame seeds

Directions on How to Make Semolina Halva:

You’ll want to make the syrup first so that it can cool. In a saucepan, mix the water, orange juice, and sugar, and bring to a boil. Add the cinnamon stick, lemon peel, and cloves. Cook for about 8 minutes, then pass through a fine sieve and discard the cloves and cinnamon stick.

Heat the olive oil in a heavy pot such as a Dutch oven over medium heat and add the semolinas, almonds, and pine nuts. Stir constantly with a wooden spoon so that the ingredients don’t burn. Lower the heat if the mixture seems to cook too quickly. Mixture should become golden brown in about 20 minutes. If it cooks too quickly, the flavors won’t develop properly. Remove from the heat.

Carefully pour the syrup over the semolina, stirring with a wooden spoon. Mixture should bubble vigorously – this is completely normal but make sure your skin doesn’t come in contact with the hot syrup.

Spoon the mixture into a 6-cup mold, and let cool. Unmold onto a plate, sprinkle with cinnamon and serve. 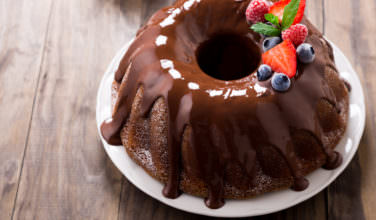 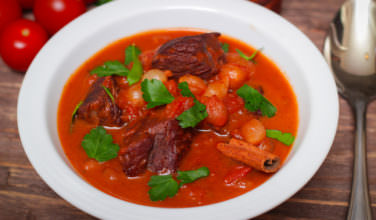 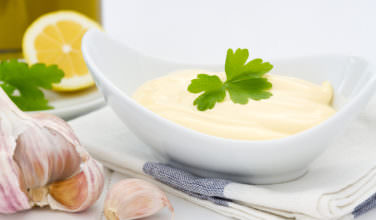 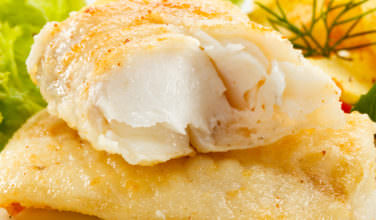