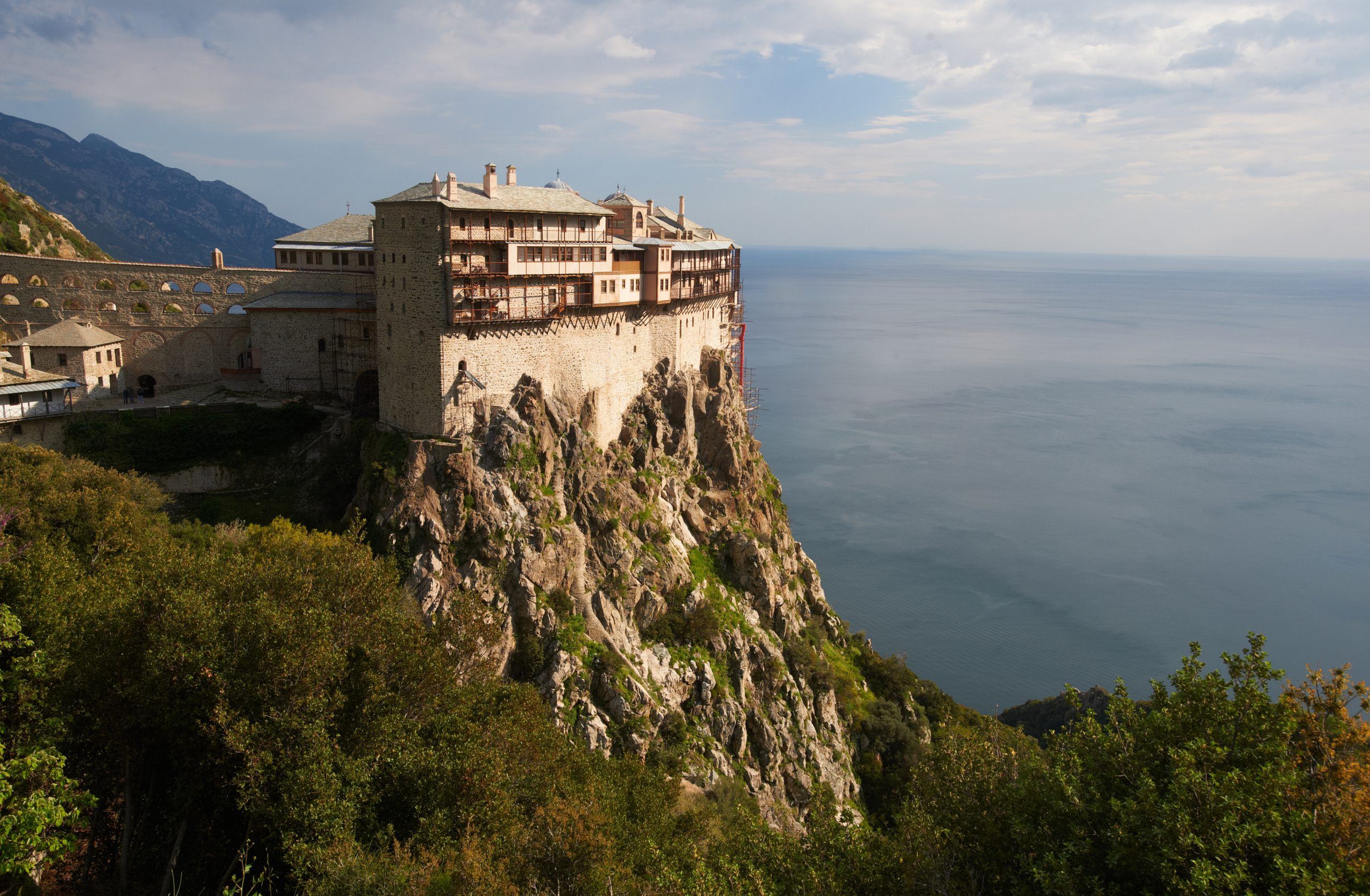 Mount Athos, which is also referred to as the Holy Mountain by the Greeks, is one of the main monasteries of the Greek Orthodox Christian religion. Located on a peninsula in the northern area of Greece, it is actually the center of Eastern Orthodox monasticism.

It is also a popular pilgrimage site for Orthodox Christians, as long as the rules are followed. It is interesting to note that there are no records as to when the first monastery was built here. Although, it is believed that monks were using it as early as the 9th century.

Mount Athos is the home of twenty total monasteries. It currently has a population of approximately 1,400 people and only monks are allowed to establish permanent settlement in the area. The mountain is about 6350 feet tall, or 1935 meters.

Besides being an important Christian epicenter, it was also important to the Ancient Greeks. It was thought to be a sacred place for Zeus and some of the other gods and goddesses. As the stories explain, Athos was a Thracian giant who threw a huge rock on the God of the sea during the battle of the gods and giants. It is said that the rock mistakenly slipped from his hands and fell into the sea. This was how Mount Athos came to be.

Towards the close of the 9th century, there were a few communities of monks and hermits that lived in Mount Athos. Two of the notable monks were Peter and Euthymios. However, there are some historians who believe that the Athanasios the Athonite was the one who officially founded the monastery of Great Lavra in 963.

The Fourth Crusade of the 13th century brought in Roman Catholics who imposed taxes and harsh rule on the residents of Mount Athos. The monks were forced to seek protection from Pope Innocent III, until the Byzantine Empire was restored.

The Ottoman Empire took over the reins in the 15th Century after the collapse of the Byzantine Empire. They taxed the monasteries in Mount Athos heavily because the Ottomans weren’t Christians, the were Islamic. This made the population of the monks as well as their wealth to decline for a number of centuries until the 19th century when several other orthodox countries landed on Mount Athos.

By the time the Ottoman rule was coming to an end in 1912, there were only 10,000 monks in Mount Athos, which made it feel somewhat deserted and empty. In the 1970’s, Mount Athos saw a revival and attracted a lot of young people.

Mount Athos is politically self-governed by a standardized government that also includes the twenty monasteries on the mountain. Besides that, there are also twelve sketae who are separate communities of the monastery. Karyes is the administrative center of Mount Athos. Laymen are allowed to visit the peninsula – but with prior permission.

Women are banned from visiting Mount Athos. In addition to that, certain female animals are also not allowed in the area. The only time women were allowed in Mount Athos was during the Greek civil war.

Several women have however attempted to gain entrance into Mount Athos despite the ban. Some have been successful while some haven’t been so lucky. In 2003 the European Parliament sought to lift the ban but little has changed to turn around the situation.

Mount Athos is at the center of monastic activity in Eastern Orthodox Christianity. For those able to visit, it is absolutely worth the trip!