Written by GreekBoston.com in Greek Orthodox Religious Information Comments Off on Feast of Theophany (Epiphany) – Baptism of Christ 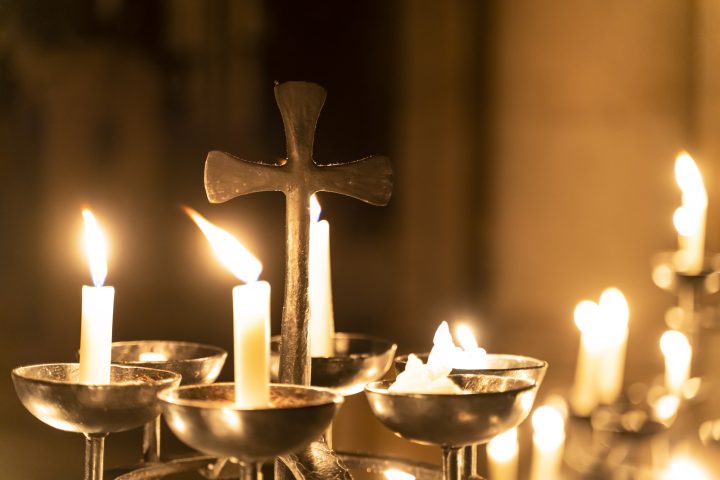 Theophany is considered to be one of the Twelve Great Feasts of the year. Also known as Epiphany, this is the day that we celebrate the moment when Jesus was baptized in the Jordan River by John the Baptist. In Greek, the word “epiphany” means “showing forth” and indicates that this is the moment when Jesus Christ was revealed to be God. The feast day is formerly referred to as  the Theophany Feast as the Epiphany of Our Lord and Savior Jesus Christ. Here’s more information about it:

About the Baptism of Christ

Jesus approached John the Baptist explaining that he wanted to be baptized. Initially, John was reluctant to do so, saying that Jesus did need it. However, Jesus instructed John to perform the sacred act and John complied. Here is the story of his baptism, as told in Matthew 3:13-17 (NIV):

15 Jesus replied, “Let it be so now; it is proper for us to do this to fulfill all righteousness.” Then John consented.

16 As soon as Jesus was baptized, he went up out of the water. At that moment heaven was opened, and he saw the Spirit of God descending like a dove and alighting on him. 17 And a voice from heaven said, “This is my Son, whom I love; with him I am well pleased.”

In the Greek Orthodox and other Orthodox churches, the Epiphany is celebrated in conjunction with the Nativity, which is better known as Christmas or Jesus’s birthday. However, this isn’t necessarily true in every country where there are Orthodox Christians. In some countries, nativity is celebrated on December 25th.

During Epiphany, most church services include special verses and hymns that are related to Epiphany, as well as a special gathering called the Service of the Sanctification of the Waters celebrating Jesus’s emergence from the water following his baptism.

When Thou, O Lord, wast baptized in the Jordan, worship of the Trinity wast made manifest; for the voice of the Father bore witness to Thee, calling Thee His beloved Son. And the Spirit in the form of a dove confirmed the truth of His word. O Christ our God, Who hath appeared and enlightened the world, glory to Thee.

Epiphany Hymns of the Forefeast

Be thou ready, Zabulon; prepare thyself, O Nephthalim. River Jordan, stay thy course and skip for gladness to receive the Sovereign Master, Who cometh now to be baptized. O Adam, be thou glad with our first mother, Eve; hide not as ye did of old in Paradise. Seeing you naked, He hath appeared now to clothe you in the first robe again. Christ hath appeared, for He truly willeth to renew all creation.

In the running waters of the Jordan River, on this day the Lord of all crieth to John: Be not afraid and hesitate not to baptize Me, for I am come to save Adam, the first-formed man.

The River Jordan receded of old by the mantle of Elisha when Elijah ascended into heaven; and the water was separated to this side and that, the wet element turning into a dry path for Him, being truly a symbol of Baptism, by which we cross the path of transient age. Christ appeared in the Jordan to sanctify its waters.