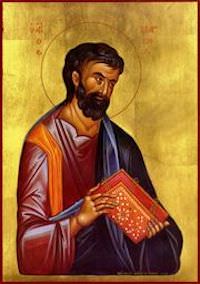 It is true that in the Eastern Orthodox Christian Church, name day celebrations often take the place of birthdays. Each Orthodox Christian is named after a saint, and this name is honored throughout their lives by celebrating the official name day. Saint Mark, also referred to as the Apostle Mark, is one of these saints whose name day we celebrate. He is one of the Four Apostles and is associated with the Book of Mark in the New Testament. His name day is celebrated on April 25th of each year. Here’s more information about him:

Saint Mark, also known as the Apostle Mark or Mark the Evangelist, didn’t start his life as a follower of Christ. It is said that Mark began his life in Cyrene, which was part of Northern Africa. Today, we know that this area is in modern-day Libya. At the time, Cyrene was located in Pentapolis. He was born sometime in the 1st Century A.D. and died in 68 A.D. on April 25th, which is his name day. At the time when he was born, his family was part of the Jewish faith.

It actually isn’t known who wrote the Book of Mark, which is also referred to as the Gospel of Mark. In fact, the exact author of the book is under debate. Some believe that it was written by John Mark, who was Saint Peter’s companion. Other sources credit it to Papias of Hierapolis. No matter who wrote it, however, it enables to get a feel for who Mark was and how he came to follow Jesus.

Although there is some debate about this, it is largely held that Mark was actually John Mark, and some believe that John was the name that he was actually born with. There is a passage from Acts 12:12 that says, “He came to the house of Mary, the mother of John whose surname was Mark, where many were gathered together praying.” From various passages in the Bible we know that his mother’s name was Mary and that he was a relative of Barnabas, one of the disciples.

It is thought that Saint Mark established the Coptic Orthodox Church in Alexandria, which was also a part of Northern Africa. In his last year, Mark was arrested by pagans. On the day of his death, he succumbed to martyrdom. Those who arrested him tied him by the neck with a rope and dragged him over rocks until he lost his life. However, his legacy had already been established since the church in Alexandria was gaining momentum.

Saint Mark’s name day is celebrated on April 25th, which is thought to be the day of his death back in 68 A.D. Visit the Name Day page for more information about other Orthodox Christian name days.