When it comes to the saints, Orthodox Christians are devoted to learning about them. Many are even named after the saints and people use their lives as examples of how they should live their lives.

Saint Theodore is one of those saints that people enjoy learning about. His feast day is celebrated on December 27th of each year and those who are named after this saint will celebrate their name day on this day. Here’s more information about this saint:

Saint Theodore, also known as Theodor the Confessor and Saint Theodore the Branded. His story is closely related to that of his brother’s, Saint Theophanes. Both were Palestinians, and both spent their days in a monastery together, called the Monastery of Saint Abbas. They were both sons of Jonah the Confessor and they both decided to devote their lives to God. Saint Theodore was born in 775 AD in present-day Jordan.

He then lived in Jerusalem and this is where he grew up. Eventually, he lived in a monastery and became a monk. He was also ordained a priest. The two brothers were most known for being defenders of icons, but unfortunately they were alive during a time when those who supported the us of icons were being regularly persecuted. Theophones and his brother were even brought to Constantinople and asked to refuse the support of icons. They didn’t and were tortured because of it.

This is how Theodore got his name of Theodore the Branded. When Emperor Leo was in power, he captured Theodore and had him tortured. Twelve iambic verses were tattooed on his forehead to alert people as to his beliefs. Despite the persecution, he refused to support iconoclasm. Theodore died in 842 and after that, his brother became the Bishop of Nicea.

There are some hymns that can be found in the Orthodox Christian church service that celebrate Saint Theodore. The hymns are usually sung on his feast day on December 27th. Here are the details:

Apolytikion of Theodore the Branded – Plagal of the Fourth Tone

You are a guide of Orthodoxy, a teacher of piety and modesty, a luminary of the world, the God inspired pride of monastics. O wise Theodore, you have enlightened everyone by your teachings. You are the harp of the Spirit. Intercede to Christ our God for the salvation of our souls.

Thou didst piously revere the sacred icon of Christ God, for Whose sake thou didst endure all persecutions and hardships; so didst thou become a pillar of Orthodoxy, having triumphed over every manner of error. Hence, O Theodore, we honour and magnify thee as a great champion of faith.

Photo Source for Image Above 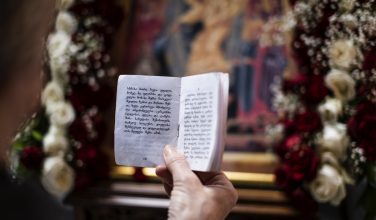 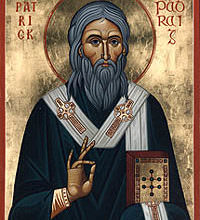