Traditions for Holy Saturday in the Orthodox Church 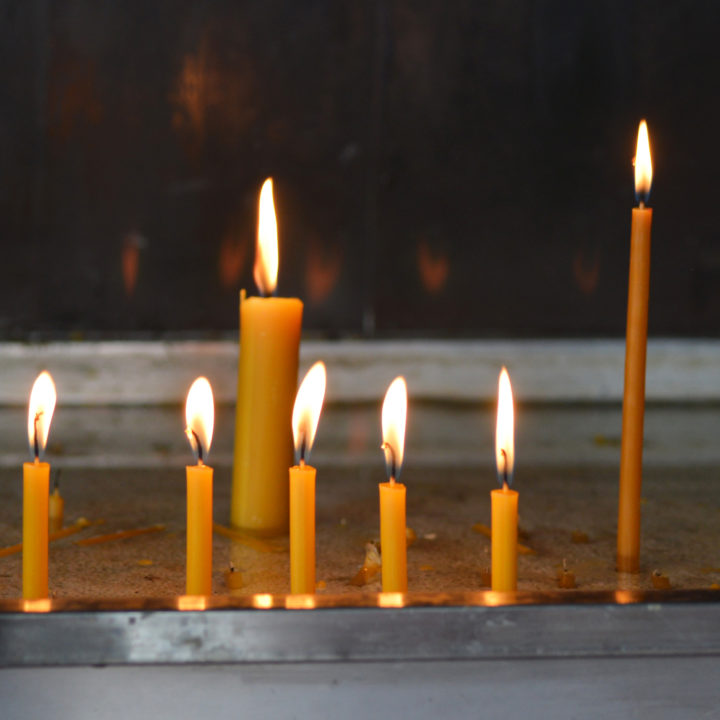 During Holy Week, Orthodox Christians celebrate Christ’s crucifixion on Friday and His resurrection on Sunday. Holy Saturday is the day in between those two pivotal events. However, that doesn’t mean that nothing is happening. In many ways, this is a day of preparation. Greek families that are scattered throughout the globe make their preparations for the feasting that is to come after His resurrection.

Similarly, the church is immersed in its own preparations. The Holy Saturday evening service is the most solemn and beautiful in all of Holy Week. Here, we focus entirely on His tomb. As human’s, we have a preconceived idea that there is a finality to death. We understand that when a human passes on, their earthly selves begin to decay.

As Orthodox Christians, we don’t see Christ’s tomb in this way. Rather, we understand it to be a source of life. This is where Jesus conquered death in order to take away our sins. In fact, the tradition of cracking Easter eggs is also a celebration of His tomb. When we crack the shell, this represents His resurrection. The eggs are dyed red to signify His blood, which He shed on the cross for our sins.

Though there are many parts of the Holy Saturday evening service, the most memorable is the part just before midnight. All the lights are extinguished in the church and the parishioners wait in silence. At midnight, the whole church is illuminated as the people chant “Christos Anesti!” or “Christ is Risen!” Then, the traditional “Christ is Risen” hymn is sung in celebration.

The long weeks of preparation and fasting are over. Now that His resurrection has occurred, the celebrations can begin. After a long period of preparation and fasting, Greeks are eager to return home where a meal awaits them. The idea is to eat all the foods that were forbidden during Great Lent and Holy Week. One of the most common dishes is magaritsa, a soup made from the organs of the lamb. Some families eat the main portion of their Easter feast at this time. Others simply indulge in magaratisa and other traditional foods, such as red-dyed Easter eggs, and wait until later on Easter Sunday to eat the majority of their feast.

Greek Easter Traditions in Greece and the United States

When the traditional Easter feast also differs. In some places, the feast will occur directly after church. In others, it happens as Easter Sunday progresses. This has to do with the family’s preference and has nothing to do with whether or not they’re in Greece or the United States.

For Greek Americans in the United States, lamb is the preferred dish. Most families either barbecue it on an outdoor spit or roast a leg of lamb in the oven or on the grill. In Greece, families will either service lamb or goat, depending on what’s available.

No matter what traditions your family follows, one thing is certain. Easter is a celebration of Christ’s resurrection. 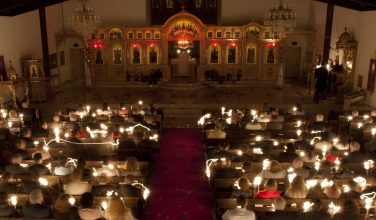 Should You Get Dressed Up to Go to Church?