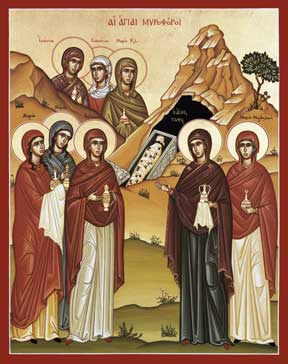 There are many saints who have been part of the history of the Orthodox Church. These saints were alive during various times of our church history, and many of them were around during the early days. The saints are so important, in fact, that many Orthodox Christians today are named after them.

Saint Joanna is one of the saints of the Orthodox Church whose lives we celebrate throughout the year. Her feast day is on June 27th of each year. She is known for being one of the women who brought myrrh to Christ’s tomb, only to realize that he wasn’t there. She is also honored on the Sunday of the Myrrh-Bearing Women, which is always two Sundays after Pascha, or Easter.  Here’s more information about him:

Saint Joanna, also known as Joanna the Myrrh-Bearer, was most known for being one of the women who traveled to Christ’s tomb after he died on the cross with myrrh to anoint his body. When these women arrived at the tomb, His body wasn’t there, only His burial clothes. At that point, an angel had appeared to them and explained that He rose from the dead. It is believed that they were the first to have realized the truth of His Resurrection. Other than that, not much is known about her except that she was the wife of Chouza, who happened to be an administrator for King Herod Antipas.

Saint Joanna’s feast day is held on June 27th of each year and she is also honored again during the Sunday of the Myrrh-Bearers. Here are the hymns that are sung on both of these days.

When thou didst speak to the myrrh-bearing women with joy,
thou didst end the wailing of Eve the first mother, by thy Resurrection,
commanding thy disciples to proclaim that the Savior is risen from the tomb.

Hymns of the Myrrh-Bearing Women

The noble Joseph, taking down thy most pure Body from the Tree,
Wrapped it in clean linen and sweet spices and laid it in a new tomb.
But on the third day thou didst rise,
O Lord, granting the world great mercy.

Verily, the angel came to the tomb and said to the ointment-bearing women,
“the ointment is meet for the dead,
but Christ is shown to be remote from corruption.
But cry ye, ‘The Lord is risen, granting the world the Great Mercy.'”

You did command the myrrh-bearers to rejoice, O Christ!
By Your Resurrection, You did stop the lamentation of Eve, O God!
You did command Your apostles to preach: The Savior is Risen!

As you can see, Saint Joanna had an important role to play in the early days of the Christian church. Those who are named after her will celebrate her name day on June 27th of each year. She is also honored yearly during the Sunday of the Myrrh-Bearers. Check the Name Day page for more information about other Orthodox Christian name days.

Sunday of Myrrh-Bearing Women – OrthodoxWiki – Also Source for Image Above 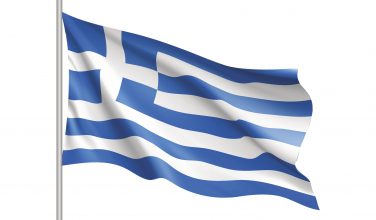