Home > About Athens, Greece > How to Get Around…

Written by GreekBoston.com in About Athens, Greece, Greek Travel Guide Comments Off on How to Get Around in Athens

The Greek capital of Athens is a hub of activity. Athens was the heart of ancient Greece and is still dominated by 5th-century BC landmarks. The city is popular with both residents and tourists. Getting around Athens in an efficient way is possible thanks to the modern transportation that 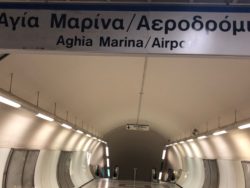 Here’s what you need to know about getting around Athens while visiting the city:

You can fly into Athens from anywhere in the world, arriving at Athens International Airport. The airport receives both domestic and international flights. From the airport, you can take taxi, bus, or train to get to the heart of Athens.

Taxis in Athens are all yellow, so they are easy to spot when you need one. When you’re coming from the airport, port, rail station, and KTEL bus station via taxi, there is an extra fee. And taxi rides between midnight and 5 am. are double regular hour rates. Taxis can be found everywhere, so no matter where you’re visiting throughout Athens, this is a form of transportation you can always rely on.

In Athens you will find blue buses and yellow trolley buses. The network of buses usually runs from 6 am to until 11 pm. There are some buses that do run 24 hours, including Express buses that run from the airport. Tickets to ride these buses can be purchased at the many kiosks found around Athens.

KTEL buses are suburban buses that connect suburban neighborhoods and towns around Greece. These buses are a popular for getting around in Athens even though they are more expensive than the train. One of the two central KTEL buses in Greece can be found in Athens. Whether you’re staying within the limits of Athens or traveling around the rest of Greece as well, the KTEL buses are a good choice.

The Metro, or subway, is the quickest mode of transportation you’ll find in Athens. You can get from attraction to attraction via the Metro. This is the perfect choice of transportation for anyone looking to see the various sites around Athens. The Metro runs every 3 – 5 minutes from 5 am until midnight and even goes into the suburbs as the stops are expanding farther out.

There is also a tram that connects Syntagma Square, in the centre of Athens, to the coastal suburbs in the south. The downside to the trams are that they are slow, but the coaches are comfortable, so if you’re looking to relax with a view, this is a good choice for you. The tram runs on two routes: Athens at Syntagma to Voula, which runs through Nea Smyrni, Paleo Faliro, Alimos, Helliniko, and Glyfada, and Athens at Peace and Friendship Stadium to Voula, which runs through the same towns as the first route.

You have a number of options for traveling around Athens. Depending on your activities and how much you want to spend, you’ll find a mode of transportation that works for you. 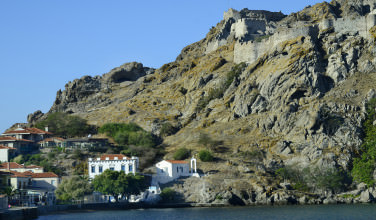 Lemnos is a Quiet Aegean Retreat 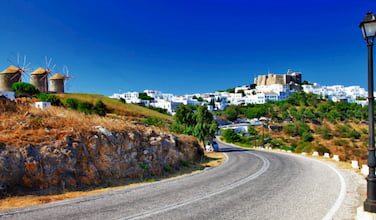 Why You Should Visit Patmos Island 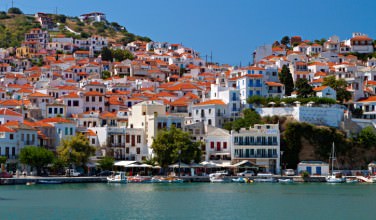