Alonnisos is an island in the Aegean Sea. It it the third member of the Northern Sporades (an archipelago). The village of Alonnisos is located at 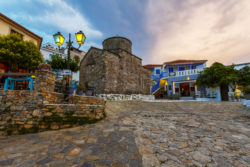 From the Middle Ages until the 19th century, the island of Alonnisos was known as Liadromia. The island was renamed in 1838. The island had been mistakenly identified with a small Greek island named Halonnesus. Thanks to research the present island of Alonnisos was learned to have been called Icus (or Ikos) to the Ancient Greeks. Under the name of Icus the island had been colonized by Cnossians (the people of Knossos). Phanodemus wrote an account of the island and apparently the fleet of Attalus and the Rhodians sailed past Scyrus to Icus.

After the occupation of Constantinople from the Turks in 1453, the islands would be under Venetian rule until 1538. During the Greek Revolution of 1821, Greeks from different areas arrived at the island of Alonnisos and with the locals they would form the present population.

A severe earthquake hit the island of Alonnisos in 1965. Most of the houses in Chora were destroyed and the residents would move to Patitiri.

Church of Agios Athanassios – Located in Alonnisos Town. This small church is a survivor of the 1965 earthquake. The church was built in the 17 century.
Mavrikis Folklore Museum – Located in Patitiri. This privately owned museum is located on a hill. Displays include items from the winemaking tradition, war memorabilia, traditional costumes, and more.
Monastery of Kyra Panagia – On a hill on the east side of Kyra Panagia. It is a 16th century post-Byzantine monastery. Inside the monastery you can view a picturesque church dedicated to the Virgin Mary.
Marpounta Beach – Located 3 km south of Patitiri. This narrow beach is surrounded by high cliffs, creating a wonderful view. The beach is family friendly and organized. Sun beds and umbrellas are available.
Lefto Gialos Beach – 7 km northeast of Patitiri. A beautiful beach with turquoise water and white sand. The beach is also surrounded by trees adding to the lovely atmosphere.
Kokinokastro Beach – 7 km from Patitiri. This beach is surrounded by history; nearby you can remains of the ancient city. The beach features white stones and pebbles and deep blue waters.

BELOW ARE INTERESTING ARTICLES ABOUT ALONISSOS, GREECE: 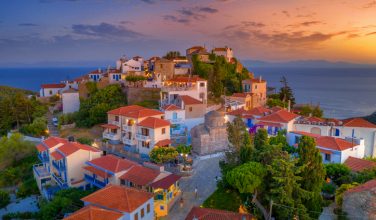 Alonissos is a Greek island located in the Aegean Sea. Popular villages on the island include Steni Vala, Votsi, and Patitiri. Whether traveling solo, with family, o... Read More 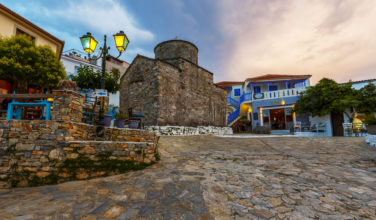 Alonissos is an island in the Aegean Sea. Alonissos isn’t given as much attention as the other islands in the Sporades group, which include Skyros, Skopelos, a... Read More 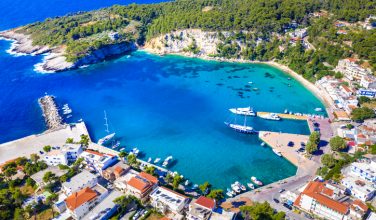 Attractions to Explore in Alonissos, Greece

The Greek island of Alonissos is rich in natural beauty that includes a pine forest, breathtaking emerald waters, and the National Marine Park which is home to marin... Read More

What to Do in Alonnisos, Greece

Alonnisos is one of those idyllic Greek islands that seems too magical to be true. It seems especially known for its lush green landscape and mountainous terrain whi... Read More 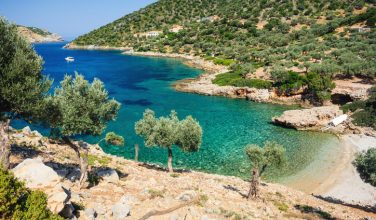 Rich in history and natural beauty, Alonissos is the northern most island in the Sporades group of Greek islands in the Aegean Sea. It is known for its rugged and...... Read More 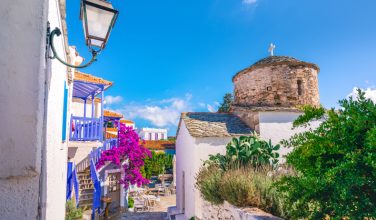 All About Alonissos Museum

The Alonissos Museum is found on the Greek island of Alonissos. Only meters away from the island’s main port of Patitiri, the museum serves as a cultural touch... Read More 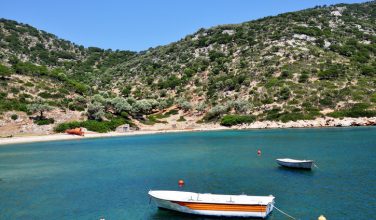 Alonissos is one of those gorgeous islands that seems too good to be true. Thick forests rich with vegetation like pine trees and oak trees dot the island. It is... ... Read More 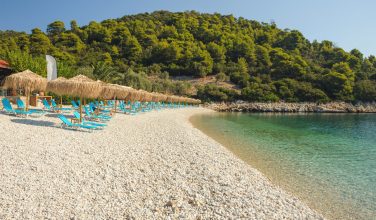 There are very few places that can boast of having rare wildlife and uninhabited islands. Alonissos is a special place with plenty of things to explore. It hosts the... Read More 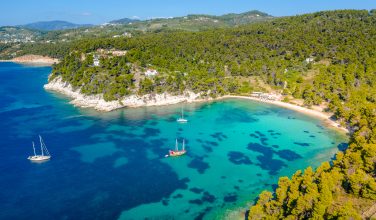 Chris Milia beach is a beautiful spot on the island of Alonissos and one of the most popular destinations for tourists who visit the Greek Island. It is surrounded b... Read More 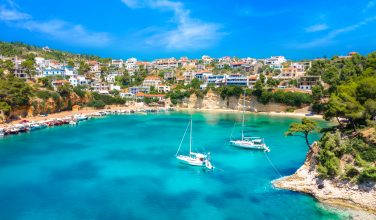 A remote, rugged island with a long tradition of hospitality, Alonissos is the largest of the Northern Sporades islands in Greece. There are many caves and beaches t... Read More 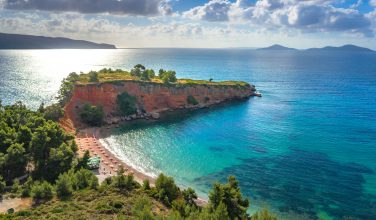 The National Marine Park of Alonissos is Europe’s largest protected marine area. It is  located at the edge of the Aegean Sea is a part of an archipelago form... Read More 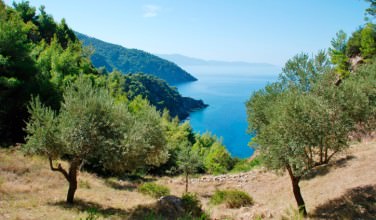 Alonnisos is one of those off the beaten path places that has charmed visitors for years. Travelers pass through here seeking an escape from the cares of everyday li... Read More