Kalavrita is a town in the mountainous part of Achaea, Greece. The town on the slopes of Mount Helmos on the right bank of the Vouraikos River. 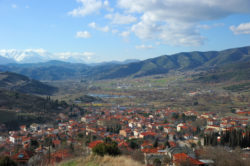 Surrounding the town is high mountainsides and greenery that consists of cypress, fir, and plane trees.

In 776 BC, the town of Kalavrita was mentioned in history for the first time by the name of Kynaetha. The inhabitants had a love for hunting and likely followed the Christian faith. An icon of the Virgin Mary was found that supports this. It’s thought the icon was painted by Saint Luke in Mega Spileo. The Monastery of Mega Spileo was built in 961 AD.

Kalavrita would be recorded in history again when it was under occupation by the Franks in 1205. In 1208, a fortress called the Castle of Kalavrita was built. The Franks would occupy the area until 1330. Kalavrita would be liberated by the Byzantine Generals of Mystras. In 1460, Kalavrita would fall under Turkish rule until 1687 when the Venetians gained control. By 1715, the Turks were back in control.

During World War II, in 1943, German Nazi troops executed the male population of Kalavrita in retaliation for the killing of captured German soldiers. During this sad event, 696 males aged 14 and up were machine-gunned down. Only 13 would survive. The German Nazi troops would burn down the town before left and then they burned the Monastery of Agia Lavra, the place where the Greek War of Independence began. The German federal government attempted to atone for these actions by offering free school books, scholarships for the orphans, and erecting a retirement home. The commanders who led the firing squad and destruction of the town were not brought to justice for their crimes.

Holocaust Monument – This monument is located on a hill above Kalavrita. This monument honors the people who died on December 13, 1943 when Nazi troops destroyed the town. 13 men managed to escape, but almost 700 died.
The Cog Train – A unique way to see the landscape of the area. The Cog Train travels 22 km between Kalavrita and Diakofto. This is considered one of the most beautiful train trips in the world.
Castle of Orias – This medieval castle is called Kastro of Orias (meaning Castle of the Beautiful Lady) by locals. The castle sits on a rocky mountain at 1100 meters. The castle was built in 1208.
Monastery of Makelaria – This monastery was built in 532 AD. It is located near the village of Lapanagi, just 30 km from Kalavrita. The monastery has a small Byzantine church at the center.
Spileo Limnon (Cave of the Lakes) – This cave is actually a subterranean river that has three levels. Lakes have formed inside the cave, hence its name. A tunnel, bridges, and illumination allow the unique cave to be seen by visitors.
Gorge of Vouraikos – The Vouraikos Gorge is 20 km long and a great place for anyone who loves to hike. There are many tunnels, caves, passes, and lots of vegetation. The railway follows the path of the gorge also, so you may see a train as you hike.
Monastery of Mega Spileo – Located 10 km from Kalavrita and close to Zachlorou Village. Constructed in 326 AD, this is the oldest Greek Orthodox monastery. The architecture is like that of a fortress and it has eight floors.
Loussi Village – Located 16 km south of Kalavrita. This is where the archaeological site where the remains of the Temple of Artemis are. Local cuisine is available in the village, as well as hotels.
Planitero Village – 25 km southeast of Kalavrita. The village of Planitero has natural springs and waterfalls that run from the Aroanios River. Restaurants serve trout from the local trout farms and other delicious food.
Monastery of Agia Lavra – This monastery is where the Greek Revolution was first declared in 1821. The monastery hosts small chapels as well as an ecclesiastical museum. There is a collection of paintings that date back to the 17th century.

BELOW ARE INTERESTING ARTICLES ABOUT KALAVRITA, GREECE: 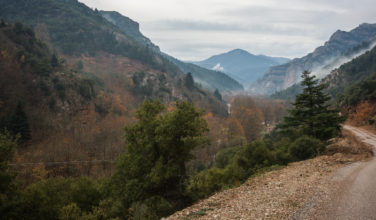 Things to Do in Kalavrita, Greece

Kalavrita is a town located in the mountains of Achaea, Greece. It’s an area surrounded by greenery with a river nearby. During the summer, you’re going ... Read More 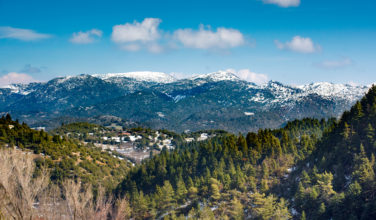 Attractions to Visit in Kalavrita, Greece

Kalavrita is a mountain village is the ideal place to visit to avoid the heat of summer. Winter is also a good time to visit, thanks to the skiing opportunities.... ... Read More 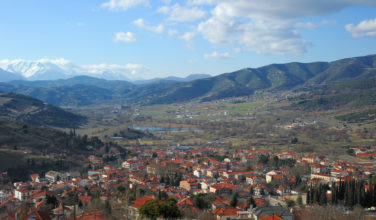 Monasteries to Visit in Kalavrita, Greece

Located in the mountains of Achaea, is the town of Kalavrita. The flowing rivers, cave lakes, snowy mountains, and dirt roads all come together to create this beauti... Read More 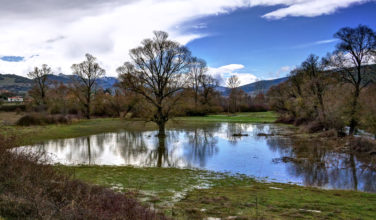 Kalavrita, Greece has no shortage of natural beauty. The lakes, rivers, and waterfalls are breathtaking. The caves, gorges, and forests are all worth exploring. Part... Read More 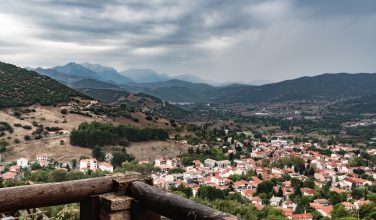 Kalavrita is a Greek town in the mountainous region of Achaea. The town is located on the bank of the river Vouraikos. Kalavrita is home to a ski center as... Read More

Mount Athos is home to some of the most dramatic scenery in Greece. Monasteries seem to spring up from the hills, and the surrounding area is serene and peaceful. No... Read More