Serifos is a Greek island the Cyclades group in the Aegean Sea. Sandy beaches and lovely coves dot the landscape of the island of Serifos. The 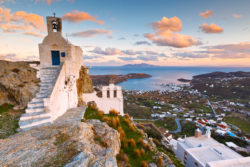 According to Greek mythology, the island of Serifos is where Danae and her infant son Perseus washed ashore after her family Acrisius set them to adrift in a wooden chest. Acrisius did this because he was told by an oracle that his grandson would kill him. Later, when Perseus returned to the island of Serifos with the head of the gorgon Medusa, he would turn Polydektes (the king of Serifos) and his people into stone as punishment for trying to force marriage with him on his mother.

During the 20th century, the mines of Serifos were exploited by a mining company. During the summer of 1915, the 460 miners formed a union. Their claims were low pay, excessive working house, poor safety conditions, and the company’s refusal to rehire workers who were drafted into the Greek army. The leader of the union was Consantinos Speras, who was a Serifos native who was educated in Egypt. At one point, violence broke out and four workers were killed. The worker’s wives would attack officers with stones, killing three of them. The mining company was given control again in the end, but had to improve work conditions and implement an 8-hour workday. The mines closed in the 1960s.

Possibly the most impressive ancient monument on the island of Serifos is a Hellenistic marble watchtower. Preserved walls (2 meters) and an interior staircase can be found near Chora. It was built around 300 BC. Four other ancient towers have been found on the island as well.

Cave of Koutalas – Located to the west of Koutalas Beach. This cave is also known as the Cave of Cyclopes. The cave was discovered by accident in 1893 by miners.
Church of Agios Konstantinos – Located on the highest point of Chora, at 251 meters. The church is white and color, small, and its location provides a great view of the sea. The chapel was renovated in 1928.
Monastery of Taxiarches – This men’s monastery was built in 1572. Until the late 19th century, the monastery served as a religious, educational, and economic center of Serifos. It is located close to Galani Village.
Old Mines – Located at Megalo Livadi. The history of these mines goes back to ancient times. The mines were abandoned in 1964.
Chora Village – Located on the eastern side of the island. Chora is a lovely settlement with typical Cycladic architecture. Walk the charming narrow paths with archways and make your way to higher elevations for a wonderful view of the sea and the countryside.
Archaeological Museum – Located in Chora. The museum showcases antiquities mainly from the Hellenistic and Roman times. View items such as statues, funeral columns, and parts of temples.
Grias Castle – This old, ruined castle is located on a hill above Koutalas. The name of the castle means the Castle of the Old Woman. The ruined castle has several buildings, architectural remains, and traces of an ancient defense wall.
Piazza Square – Located in Chora. The square features tables from several of the ouzeries and the taverna in the area. You can also view the 17th century metropolitan Church of Agios Athanasios in the square.
Agios Sostis Beach – 7 km east of Chora. This beach is secluded and relaxing with soft sand. There is a small chapel next to the beach, which bears the same name.
Sikamia Beach – 10 km northwest of Chora. This beach is secluded and nudist friendly. Sikamoa Beach is a non-organized and sandy beach.

BELOW ARE INTERESTING ARTICLES ABOUT SERIFOS, GREECE: 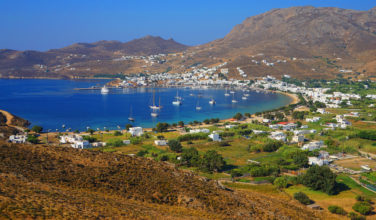 Beaches to Visit in Serifos, Greece 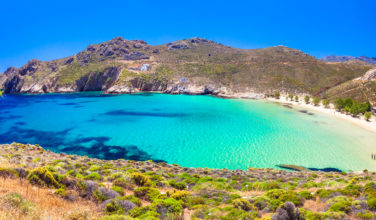 What to Do in Serifos, Greece

The Greek island of Serifos is relaxing and charming. It may not be the most visiting of the Greek islands in the Cyclades, but that doesn’t make it any less..... Read More 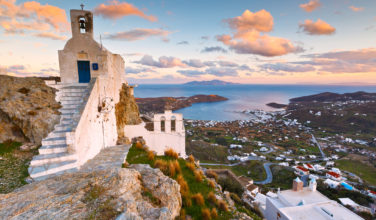 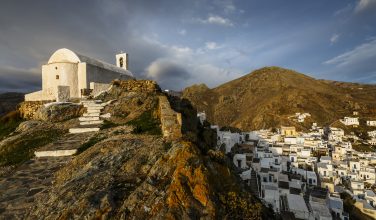 Visit the Kastro in Serifos

Discover the beautiful city of Kastro in Serifos. If you are looking for a great day trip while in Greece, leading to impressive views and gorgeous architecture, the... Read More 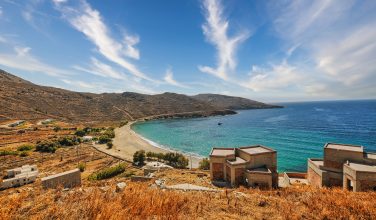 Lounge on Ganema Beach in Serifos

Everyone wants to visit fascinating and relaxing places during holidays. The choice of your destination will, however, depend on your needs. The destination can rang... Read More