Written by GreekBoston.com in Greek Cooking Comments Off on Cooking With Traditional Greek Yogurt 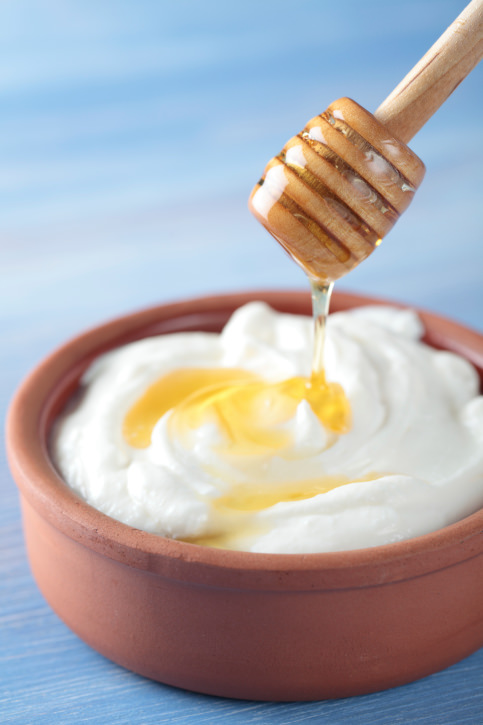 These days, it’s nearly impossible to read an American food or fitness magazines without someone mentioning Greek yogurt. People in the United States finally understand something that Greeks knew all along – Greek yogurt not only tastes great, it’s more nutritious than the traditional made yogurt.

My first exposure with Greek yogurt occurred on the island of Santorini, in Oia. After the dinner dishes were cleared and the last of the wine was poured, our server brought over a creamy dessert that consisted of homemade Greek yogurt smeared on a platter, drizzled with local honey, and topped with walnuts. It was simple and creamy and at first, I didn’t even realize it was made with yogurt and probably took the chef under five minutes to prepare. I thought I was eating a complicated dessert unique to the island.

When I got home, I knew I had to recreate this dish – but how? Greek yogurt was nothing like the varieties I could find at home. After scouring all the Greek cookbooks on my shelf I learned that if I wanted to enjoy traditional Greek yogurt, I either had to make it myself or improvise by straining American yogurt through cheesecloth to thicken it. Since I didn’t have the means to make my own, I tried straining the plain yogurt I had in my refrigerator. It just wasn’t the same. This yogurt was slightly tart and the texture wasn’t as creamy. This was over a decade ago and now, all I need to do is go to the store and buy my favorite Greek yogurt. 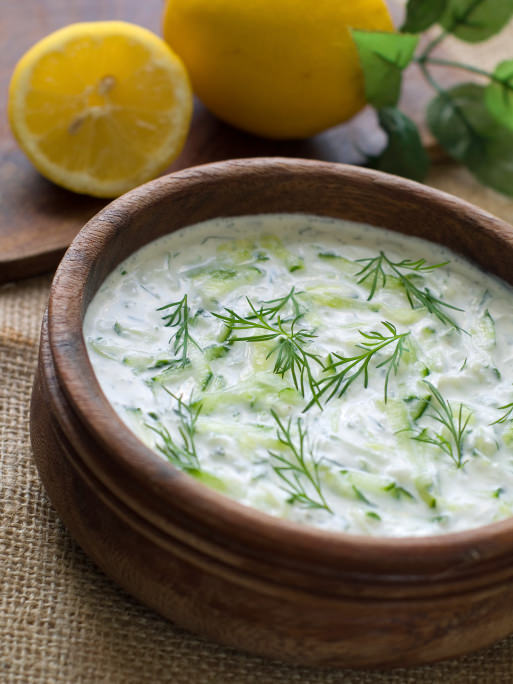 I didn’t grow up eating tzatziki, the traditional yogurt, garlic, and cucumber dip, even though it’s a wildly popular Greek food. In fact, my family rarely used yogurt in the home. When I came home with a tub of homemade tzatziki from a local specialty store, it was an instant hit. We used it to accompany our stuffed grape leaves, top souvlaki, and as a dip for bread.

Feeling I was missing out on a vital piece of Greek culture, I decided to try to make my own. It was easy enough – the only ingredients I needed were yogurt, olive oil, garlic, and cucumber slices. Even though I followed the instructions, something was missing. I realize now that I didn’t use traditional Greek yogurt when preparing the dish. I won’t make the mistake again. 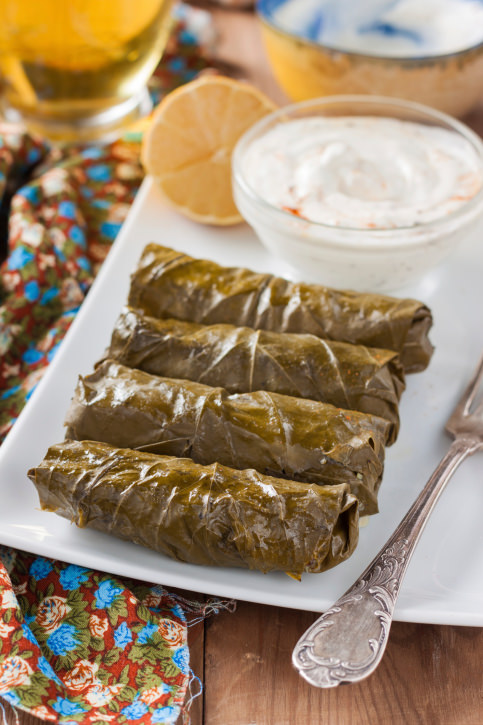 Typically, yogurt in Greece is made from sheep milk. The big distinction between Greek yogurt and other styles of yogurt is that a big percentage of the liquid whey is removed from it before consuming. Since removing the whey removes some of the carbohydrates and boots the amount of protein, it’s now an essential part of a healthy diet. However, versions in the United States are typically made with cow’s milk, not sheep’s milk.

Whenever you’re preparing Greek food and the recipe calls for “yogurt”, it’s important that you use the right kind. Since these are traditional Greek recipes, the strained, Greek yogurt is the kind you should use. Otherwise, the dish won’t taste quite the same! 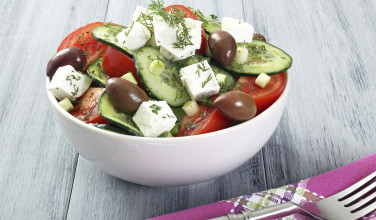 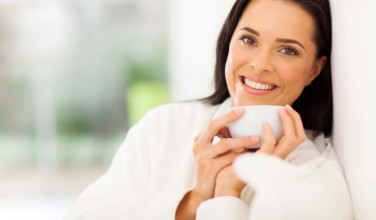 What is Greek Tea?