Written by GreekBoston.com in Ancient Greek History Comments Off on All About the Attic Dialect of Ancient Greece 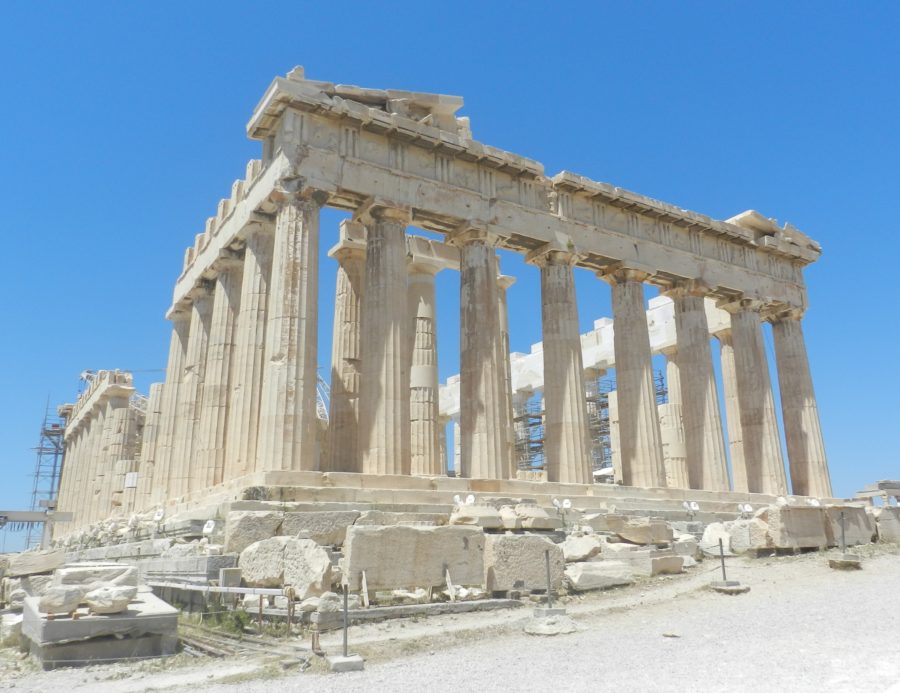 Attic Greek was one of the dialects of Ancient Greece. It was closely related to another dialect called Ionic Greek and was spoken in and around the city-state Athens. Attic and Ionic Greek became the predominant influences on the Modern Greek language. Here’s more information about this specific dialect:

History of the Ancient Greek Dialects

Ancient Greek was originally a group of related dialects that eventually developed into the Koine Greek spoken during the Hellenistic period (323 to 31 BC). The earliest known ancient Greek dialect was called Mycenaean Greek which was spoken by the civilization of the same name during the late Bronze Age. The oldest known tablets written in Linear B, the syllabic writing for Mycenaean Greek, date back to around 1450 BC.

The Mycenean civilization collapsed around 1100 BC, and ancient Greece was splintered into regions that eventually produced their own dialects. The earliest known writings in Attic Greek have been dated to around 500 BC. Ancient Greek scholars later grouped the dialects in three main families: Ionic, Doric, and Aeolic. Attic Greek fell into the Ionic group.

Attic Greek got its name from a region in Greece called Attica or the Attic peninsula. It encompasses Athens and is south of the city Thebes. Attic Greek was also spoken on Lemnos, Skyros, and some of the Cyclades Islands.

The earliest known Greek literature has been dated to the 8th or 7th centuries BC. These were the works of Homer, who wrote in “Old Ionic.” Athens actually remained a fairly obscure city-state until the time of Solon (630 – 560 BC), a reformer whose ideas eventually led to the development of democracy.

The first known literary works written in Attic Greek were the plays of Sophocles, Euripides, Aristophanes, and Aeschylus who all wrote during the 5th century BC. Other works written in Attic Greek included the military histories by Xenophon and Thucydides and speeches given by Lysias, Isocrates, Demosthenes, and Antiphon. The works of the philosophers Plato (427 – 347 BC) and Aristotle (384 – 322 BC) mark the transition from Classical Attic Greek to Koine Greek, which eventually became the dominant language of the Byzantine Empire and later evolved into Medieval Greek that eventually became Modern Greek.

Attic Greek thus had a very short history – especially for such an influential language. Scholars believe that it existed in its pure form for only a few centuries, but many consider it to be the precursor of the Greek language that is spoken today.