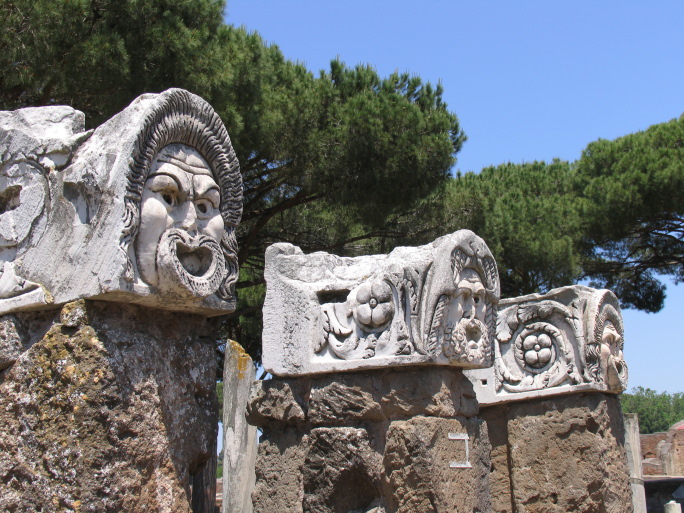 Theater was a big part of the culture of Ancient Greece and it all had its start with the gods and goddesses. Memorable playwrights such as Euripides and Sophocles wrote plays that are still performed today. Though the theatrical tradition began as a way to honor the gods and goddesses, it evolved into something much larger than that.

Origins of Theater in Ancient Greece

Theater first began in Athens as part of a festival called “City Dionysia” or “Great Dionysia” which honored the god of wine, Dionysius. At the time, Athens was a cultural, political, and military center.

It is here that the three theatrical styles, comedy, tragedy, and satiric drama originated. The festival was so popular that Athens sent it to various city-states to help encourage cultural cohesion between all the city-states.

Because so few actors who were allowed on the stage at the same time, the chorus became an important element because it enabled the plays to include music and other dramatic elements that help engage the audience. Each chorus had a head member called the coryphaeus who was allowed to become part of the play itself. Also, only men were allowed to perform which means that it was always men who played the female parts.

Ancient Greek theaters were vast because they were designed to hold a lot of people. The City Dionysia Festival was open to both the men and women of Athens, as well as visitors from other city-states. Because of the size of the theater, it was especially important for it to contain great acoustics.

The construction of the theater affected the way the actors needed to perform. It was especially important that they speak in such a way that the audience could understand what they were saying. Also, they developed a style that included big movements and gestures. If the movements and gestures were too small, the members of the audience wouldn’t be able to see what was happening.

Another important part of theater in Ancient Greece was the masks and costumes. Since most of the people in the audience sat so far away, it was essential that actors have costumes and masks that were highly exaggerated. Otherwise, the audience wouldn’t be able to see the drama unfold.

The masks had a clever design because they helped amplify sound. First of all, there were different masks for different style of performances. For comedies, the performers would wear masks that were smiling. For tragedies, they were usually frowning.

Theater was a big part of the culture of Ancient Greece, especially in Athens. Many of the plays survive today and are even still being performed.