Written by GreekBoston.com in Ancient Greek History Comments Off on What to Know About the Platonic Academy of Athens 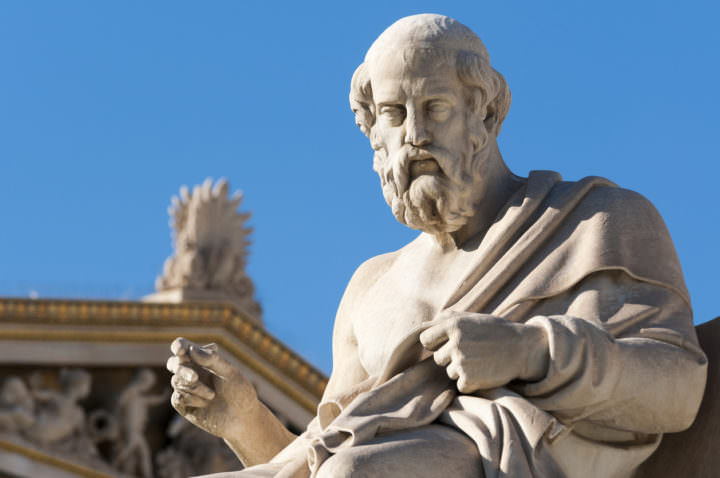 It’s no secret that the Ancient Greeks valued the pursuit of knowledge and the ancient Athenians were certainly at the cutting edge. Well known philosophers established their own schools where they educated their students. Many of these students would go on to eventually found schools of their own. Plato was one of these philosophers. He founded a school known as the Platonic Academy and he even had a famous student, Aristotle, who studied there for twenty years before starting his own school. Here’s more information about the Platonic Academy of Athens:

Built in a Sacred Grove

Before Plato even established his school, the site was very well known. The area was considered sacred and there was a grove of olive trees that were planted here to honor the goddess Athena who is said to have gifted the Athenians with this valuable tree. Located just outside of Athens, Plato eventually found it and established his Academy here. It seems fitting that he would since Athena is considered to be the goddess of wisdom. This area has a history of use for religious purposes and even before it was dedicated to Athena, the area was dedicated to other gods in Bronze Age Greece, which took place centuries before Plato established the school. The site was also associated with Dionysius, Theseus, and was even the home of something called the “Funeral Games.”

When Plato turned thirty years old, it is said that he inherited the property where this sacred grove was located. Shortly after he inherited it, it appears as if he established the school. He started by holding informal gatherings with well-known people of the time such as Theaetetus of Sunium, Archytas of Tarentum, Leodamas of Thasos, and Neoclides. Over time, these gatherings grew into something much larger. Other than that, no one really knows when the official academy actually began. Historians have their assumptions, but for the most part, it seems as if the academy began a few years after Plato came into possession of the site.

As far as historians can tell, the school wasn’t devoted to teaching students from a set curriculum. When philosophers usually started a school, they would use it as a way to spread their ideas. As far as historians can tell, Plato wasn’t concerned with spreading his ideas but rather with educating his students. A typical session was structured where Plato would present his students with a problem or idea, and then they would discuss the idea or how to solve the problem. It also seems as if the students would learn typical subjects of the day. In other words, Plato’s education gave the students room to explore their own ideas and thoughts.

The Platonic Academy began around the time when Plato was thirty years old. He was born in around 428 B.C., and we do know that he had a famous student, Aristotle. However, scholars aren’t quite sure how long it was open. At some point, the school closed down and then was revived again under Protus, who died in 485 B.C.