Written by GreekBoston.com in Ancient Greek History Comments Off on Demosthenes – Great Orator of Ancient Greece 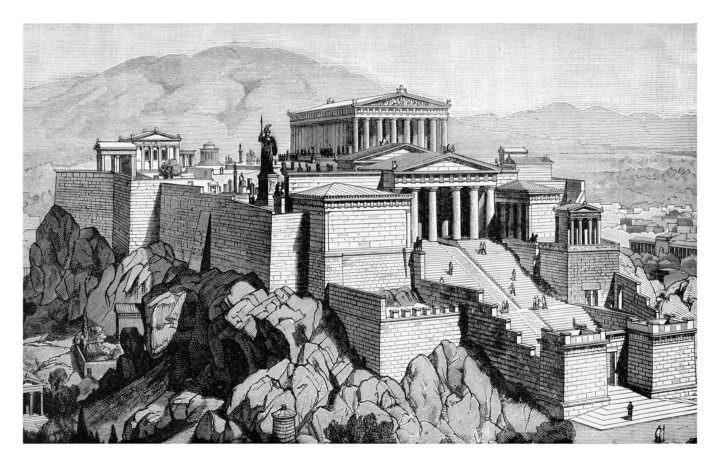 The Ancient Athenians have a reputation for valuing a good debate. As a result of this, people would study how to give effective speeches. Some people were better at oration than others, and there are still those who are known to amongst the best. Demosthenes is considered to be one of the greatest orators not only in Athens, but in all of Ancient Greece. Here’s more information about him:

Born in Athens in 384 BC, he was named after his father, who was a wealthy sword maker. He lost both his mother and father at the age of 7 and even though his father had financially taken care of him, Demosthenes’ three guardians — Aphobus, Dempohone and Therippides squandered his inheritance.

Demosthenes became interested in oratory because he wanted to take his three guardians to court. The slightly built boy practiced speaking in an underground room and even cut the hair off one side of his head so he could not go out in public. Demosthenes used pebbles to overcome a stuttering problem and further practiced by talking in front of a large mirror.

When he turned 20 in 364 BC, he took his guardians to court and in five different orations in the Athenian Assemble he argued that they fleeced him of his inheritance. In the end, he only got back a small portion of his father’s estate, which has been valued at $11 million in modern U.S. currency.

Demosthenes received criticism for being disjointed in his public speeches when he sued his guardians. He began a program to improve not only his delivery but his facial expressions while speaking. He decided to put his new skills to work as a professional litigant, and began not only writing speeches for others to use if they were involved in a private lawsuit but publicly speaking on behalf of other people.

By 351 BC, Demosthenes had become interested in governmental affairs and politics. He delivered speeches in which he argued against Eubulus, the most politically powerful man in Athens at the time.

Demosthenes soon established himself as a strong political presence and became a full citizen of Athens in 366 BC. Most of his public orations were in opposition to King Philip II of Macedon. Athens had been at war with Macedon since 357 BC and Demosthenes said Philip was Athens’ worst enemy.

That particular theme remained constant in Demosthenes’ speeches through 341 BC, which culminated in an oration entitled “Against Meidias”. However, Philip was successful on the battlefield and Athens sued for peace in 347 BC.

Demosthenes then began working to lessen Philip'[s influence and celebrated when he was killed in 336 BC at his daughter’s wedding to King Alexander of Epirus. He was a key player in the Athenian uprising against Macedon, which was unsuccessful.

When Alexander died in 323 BC, Demosthenes again urged Athens to rise up against Macedon, but he was turned over to Alexander’s successor, Antipater. Demosthenes escaped to a nearby island but was found by supporters of Antipater.

Demosthenes committed suicide by taking some poison from a reed he was pretending to use to write a letter to his family. Years after his death, a statue in his honor was placed in Athens to honor him. Athenians also directed that the descendants of Demosthenes have meals given to them in the Prytaneum.