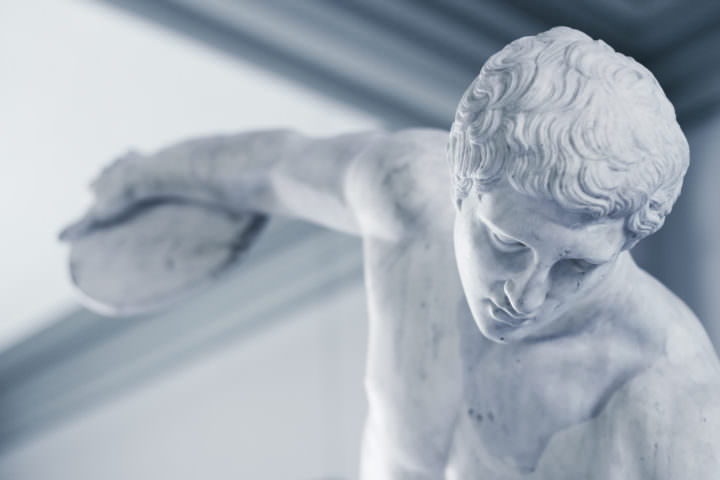 It is well understood that the Olympic Games began in Ancient Greece thousands of years ago. Held every four years, the games originally took place to honor Zeus, the king of the gods. The first modern Olympic Games were held in 1896 and they were held to bring athletes from all over the world together. It is also interesting to note that many of the events that took place in the Ancient Olympic Games are still in competition in today’s games. The discus throw is one of these events. Here’s more information about the history of the discus throw:

About the Ancient Discus Throw

It is thought that the discus as an event has been part of the Olympic Games since they debuted in 776 B.C. Homer mentioned them in his writings about the Olympics, and the fact that they were present at the very first Olympic games could indicate that the sport was popular long before it became part of the games. In particular, it was part of the track and field events in the Ancient Olympics, as well as part of the pentathlon. Back then, the discus was made of stone, bronze, lead, or iron depending on when in Ancient Greece it was being used. Today, the discus is primarily made of plastic but has a metal rim.

It was said to have displayed the athlete’s innate strength and motor control. Like the modern event, the individual who throws the discus the farthest is the winner. During the pentathlon, the score for the discus was included with the other four events to determine the victor.

How the Discus is Thrown

Athletes were expected to hurl the discus using a spinning motion. Another interesting fact about the ancient discus throw is that not much has changed about the sport from then to now. The discus that was used in ancient times is similarly shaped as it is today. The technique for throwing it is also very similar today as it was back then. Typically, the thrower spins in place 1.5 revolutions before hurling the discus. How far the discus is thrown depends on the thrower’s bodyweight, the weight of the discus, and the overall technique. In many ways, this is a test of not only the thrower’s strength, but also the precision of the technique itself. The rhythm the thrower adopts when executing the technique is also crucial.

There are two basic ways that we know about the discus throw in Ancient Greece. First, Homer mentioned it in his work, The Iliad. Although the event wasn’t directly part of the story, he did mention the event in his verse. Another way that we know about it is through Myron,  the ancient sculptor who forever preserved an athlete in motion preparing to throw the discus. This sculptor has been analyzed to help us gain a greater understanding of what this event was really like back then.