Written by GreekBoston.com in Ancient Greek History Comments Off on Get to Know Duris of Samos 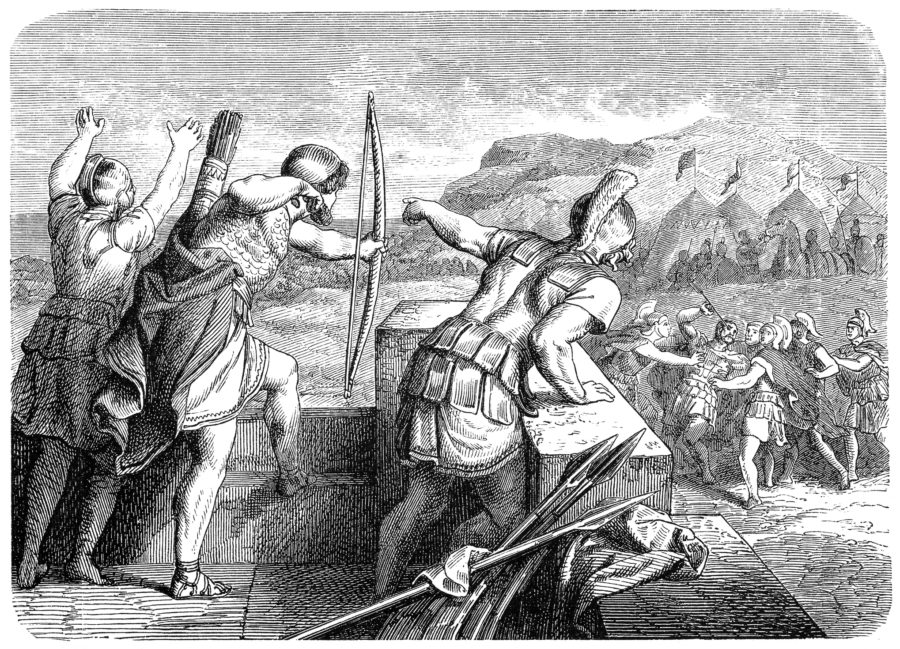 Duris of Samos was an Ancient Greek historian who was born around 350 BC and died sometime after the death of King Lysimachus in 281 BC. He lived on the Greek island of Samos, which is just north of Patmos in the Aegean Sea, where he also reigned as an absolute rule, or tyrant as they were called. Though all his writings are now lost, fragments of his works exist through quotations cited by other Greek writers. Here’s more information about him:

Life of Duris of Samos

Many facts about the life of Duris are in dispute. He himself claimed to be a descendant of famed Athenian statesman Alcibiades. Some say that he had a son named Scaeus, who went on to become a boxing champion at the Olympian Games, while others insist that Scaeus was actually his father.

Some sources claim that Duris was a student of Aristotle’s successor Theophrastus in Athens. But other sources insist that it was actually Duris’ brother Lynceus who had studied under Theophrastus.

The one recorded and known fact about Duris and his life is that he was the absolute ruler of Samos. Though scholars believe that his rule was largely uneventful.

Writings of Duris of Samos

It is believed that Duris completed 8 written works during his lifetime, which are all now lost. These works include:

Of these, Duris’ most noted work was “Histories,” which describe the history of Greece and Macedonia from about 371 BC to 281 BC. More than 30 fragments of this work survive today, including a number of quotations from it that Greek writer Plutarch cited.

Other works include a biography of Agathocles, who was the ruler of both Syracuse and Sicily, and annals detailing the history of Samos. These works have survived in around forty total fragments and modern historians are unsure of how much of these works were lost.

Critics of Duris of Samos

Later Ancient Greek writers made references to Duris and his writings, and most were critical of various aspects of his writing. Of these writers, only Cicero gave him some qualified praise, calling him an industrious writer.

Plutarch, in particular, criticized him, despite often using him a source. More than once he called Duris untrustworthy as a historian. Dionysius of Halicarnassus and Photius criticized Duris’ writing style and how he organized his works.

Duris was also criticized from departing from the methods of previous Greek historians, such as Ephorus. They accused him of trying to create exciting and entertaining histories in lieu of reporting facts. However, those scholars who believe that Duris was a student of Theophrastus believe that this type of writing was in line with the teaching of Theophrastus and his Peripatetic school.

In conclusion, though the writings of Duris of Samos are lost and he was widely criticized by fellow Ancient Greek writers, the fragments of his works that survive provide valuable insights into Ancient Greek history.