Written by GreekBoston.com in Ancient Greek History Comments Off on About Hippias a Tyrant of Ancient Athens 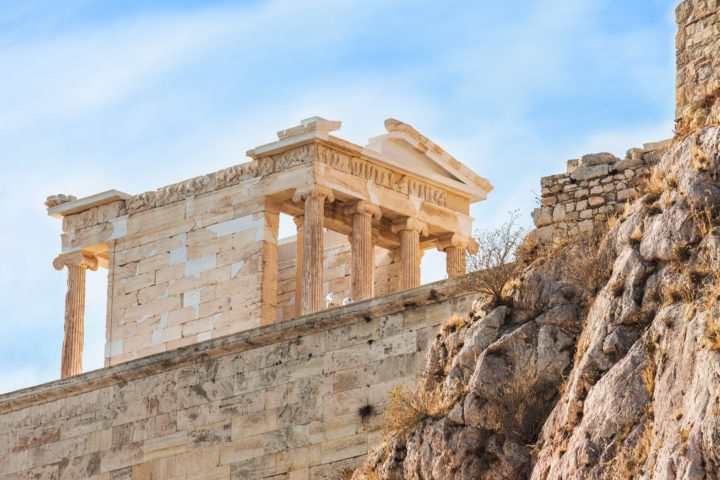 According to Webster’s Dictionary, a tyrant is “an absolute ruler unrestrained by law or constitution” or a “usurper of sovereignty.” Today, we use the word in a very loose way, and tend to describe people as tyrants when we think they are being mean or too controlling. Historians, however, think of the word in a different way, especially as it pertains to Ancient Greece. In this case, the word describes to a certain type of ruler who came into power in an unconventional way, outside of the defined political system of the time.

Hippias is one of the tyrants of Ancient Greece who came into power in Athens. His predecessor, Peisistratus, was also a tyrant. Here’s more information about Hippias:

Understanding the Tyrants of Ancient Greece

It is important not to bring our own, modern understanding of the word “tyrant” into a discussion of the tyrants who were in power in Ancient Greece.  The reason for this is that tyrants are usually looked at in a negative light in our modern society, but that actually may not be the case in Ancient Greece. In fact, Peisistratos was a highly popular and well-liked ruler who is known for the positive impact he had on Athenian culture. For example, the Athenian economy was strengthened under his rule. Although the way tyrants came into power back then wasn’t considered legal, they were often embraced by some of the demes in Greek society, especially amongst the middle class.

Hippias Was Known for His Cruelty

Hippias was part of a group of tyrants known as the Peisistratids, which was a group of three tyrants in Ancient Greece. Peisistratos came first, and then his son, Hippias, followed after him. While Peisistratos was well liked, this wasn’t the case for his son, Hippias. In many ways, he represented our modern understanding of the word, “tyrant”, because he was known for being a cruel leader who didn’t act as if he had the best interests of Athens in mind when he made decisions.

When Peisistratos came into power, all members of the previous ruling family, the Alcmaeonidae, were exiled. When they heard of Hippias’ cruelty, they formed and executed a plot where they would invade Athens and regain power. They enlisted the help of the Spartans, who is traditionally viewed as one of the main adversaries of the Athenian city-states. However, after Hippias and his family were trapped and forced into exile, Athens entered into a period of freedom and democracy. Sparta regretted giving aid to the Alcmaeonidae and plotted to bring Hippias and his tyranny back into power.

Hippias, who had fled to Persia in exile, managed to get the Persians on his side. The Persians told the Athenians that if they didn’t accept Hippias back, they would invade. By now, however, the Athenians were enjoying their freedom and decided to take the risk. Eventually, Hippias did convince Darius, the Persian ruler, to invade. Hippias had five sons, all of whom joined the Persian army against Greece during the First Persian Invasion.