Written by GreekBoston.com in Ancient Greek History Comments Off on Who Were the Hoplite Soldiers of Ancient Greece? 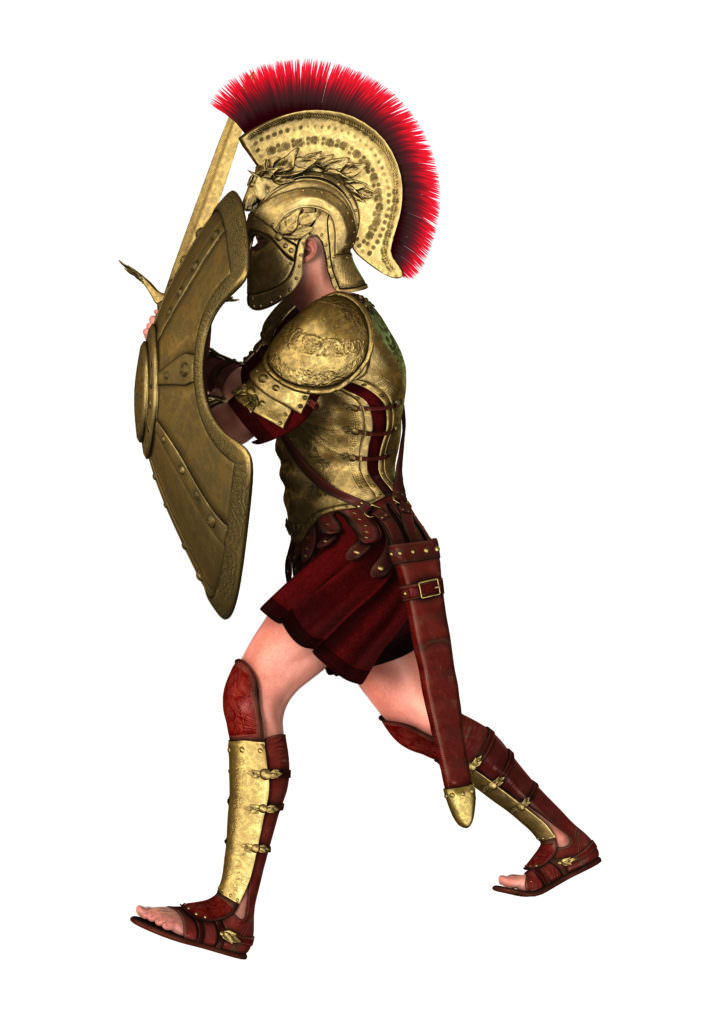 The hoplite soldiers of Ancient Greece served as infantry for the most part, but they also had some characteristics that make them unique. Those who have studied the Battle of Thermopylae may have some exposure to these type of soldiers and the unique style of warfare that they engaged in. Because of this style, it enabled the hoplites to be effective in battle because for a time, no other part of the ancient world was fighting this way. Here’s more information:

Who Were the Hoplites?

The discovery during the Bronze Age that combining copper with tin could produce a stronger metal (bronze) enabled artisans in Athens, Sparta, Corinth, and other Greek cities to manufacture more effective weapons and armor. Many foot soldiers during this period served as “hoplites,” a Greek term referring to “heavily armed” fighters. Hoplites sometimes had to walk for miles carrying along very heavy armor and weapons. They fought in a formation known as a phalynx where the hoplites locked their shields together. This meant that the hoplites had to learn how to fight as a cohesive unit.

These soldiers usually wore extensive armor made from leather and bronze. A hoplite’s attire included a breast plate protecting the chest and torso, a helmet, and (sometimes) arm guards and “greaves” to protect the legs. Hoplites also carried heavy round shields which they could use to defend themselves against arrows or blows from swords. Although many hoplites also brought knives and short swords with them into combat, and some carried javelins to hurl at enemies, the chief weapon of a hoplite consisted of a long wooden spear about 8-feet in length. It supported a sharp pointed tip made of bronze.

The Importance of Hoplites

Many examples of ancient Greek pottery display vivid images of hoplites holding spears and javelins or engaging in combat. Since some city states in the lands bordering the Aegean Sea spent considerable periods of time engaged in warfare, hoplites assumed importance during military campaigns. Athens and most other cities required all free young men to train and drill extensively for military service, beginning in their youth. Boys grew up in a culture which encouraged them to participate in athletic competitions and to learn to use weapons.

During times of war, the Greek cities would expect able-bodied free men to engage in military campaigns on behalf of their homelands. Participants who worked as farmers or merchants during times of peace frequently served as hoplites fighting within organized units when cities declared war. Since they provided extensive military training to these citizens, ancient Greek city states like Athens could marshal a fighting force of hoplites on comparatively short notice.

Serving as a Hoplite in the Army

Ancient Greeks celebrated military feats involving physical prowess and bravery, like those described by the poet Homer. Communities in the Peloponnesus sometimes formed alliances with other cities. When cities engaged in disputes with one another, the political disagreements could precipitate armed conflicts requiring military duty by hoplites.

Hoplites who served in many Greek armies endured challenging conditions. They performed strenuous physical activities. Injured or ailing soldiers had to depend on their friends to assist them, since armies did not offer hospital care.

Ancient Greek hoplite soldiers performed an important function in society and they helped shaped the effectiveness of the Ancient Greek armies. They also played a political role because without them, the army would not be effective and would not enable the armies to protect their lands. Honing this style of warfare and training the hoplite soldiers could certainly be argued as one of the secrets of success for the Greek armies.