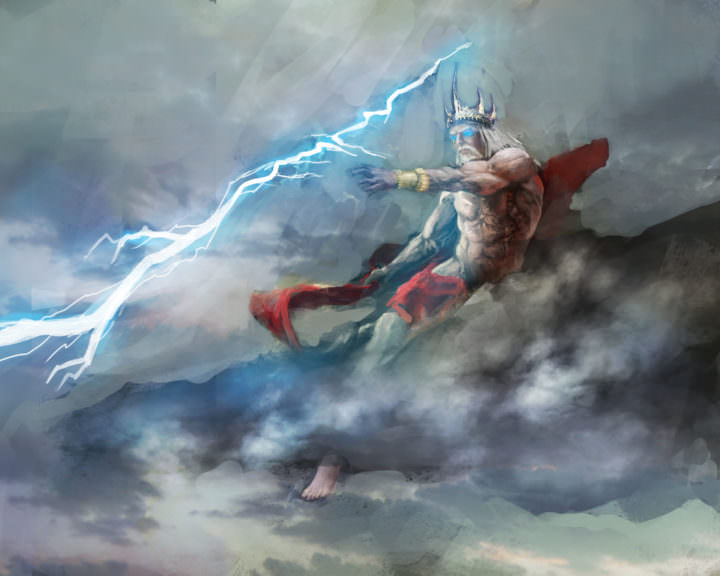 In Greek mythology, there were essentially three levels of deities. The first level, the primordial deities, included gods and goddesses such as Gaia and Uranus. The primordial gods and goddesses had children, and they represented the second level of Greek deities, or the Titans. Cronus is one of the Titans, and he was essentially the “king of the gods” before Zeus and the other Olympians became the third level of Greek deities. Cronus was the father of many of these Olympians. Here’s a look at who these six children were:

Cronus Was Destined to Be Overthrown by His Sons

Essentially, Cronus came into power by overthrowing his father, Uranus, by castrating him and throwing him in prison. After this happened, Cronus ruled over the deities, but he also learned that he was destined to be overthrown by his children. To prevent that from happening, he swallowed each of his children whole as they were born. However, Zeus, who eventually became king of the gods, was spared because Rhea, his wife, was unwilling to part with yet another of her children. She fooled Cronus into believing that a large rock was his new child, Zeus was hidden and raised independently in a cave. When Zeus came of age, he freed his siblings from Cronus’s insides and after a period of war, the Olympians took over.

Overview of the Children of Cronus

Cronus had a total of seven children, six of whom he had with Rhea, his wife. Each of these children played an important role in Greek mythology. Here’s a look at who his children were and what they were known for:

As you can see, each of Cronus’s children had an important part in Greek mythology.