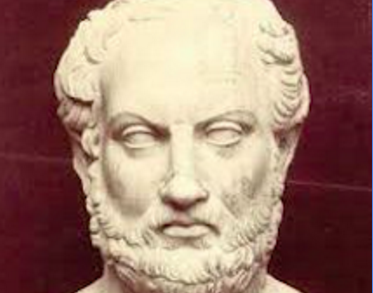 Greece has had a rich history spanning all he way to ancient times. There have been wars, occupations, and plenty of other situations along the way. There have also been plenty of people who have helped shape the history of Greece, including generals. Here’s a look at some of the most interesting and influential generals Greece has had throughout the years:

His term as Prime Minister has painted him as not only a general, but a dictator who started by governing the country according to the constitution only to eventually abandon it and form the 4th of August Regime. This regime was also known as the Metaxas Regime, which was a dictatorship where he made workforce strikes illegal, enforced censorship of the media, and banned all political parties. This regime ended when Metaxas died in 1941.

General Theodoros Pangalos played an important role in the 1922 Revolution. The revolt lead to King Constantine I being deposed and the establishment of the Second Hellenic Republic. In 1925, Pangalos became Prime Minister after the government was overthrown by officers who were loyal to him. Immediately, Pangalos ended the young republic. He would also abolish freedom of the press and put repressive laws into place. In 1926, Pangalos assumed dictatorial powers and in April, he was elected as president.

Thucydides was an Athenian historian who became a general on military assignment in 424 BC. At this time, a Spartan general attacked the city of Amphipolis. Messengers were sent for the local Athenian commander asking Thucydides help. The Spartans were aware of Thucydides’ reputation and offered Amphipolis terms they would surrender for. Thucydides arrived, but it was too late to help the city and for this he was banished. During his exile, Thucydides wrote “History of the Peloponnesian War” and traveled through the Peloponnesian city-states.

Born in 358 BC, Cassander was a Macedonian general of the Diadochi. He was known to be a ruthless general who fought for rule of the empire after the death of Alexander the Great. He went so far as to marry Alexander’s half-sister to associate himself with the right people. He also had Alexander the Great’s mother, wife, and son executed. In 305 BC, Cassander declared himself King of Macedon. Despite this, he never gained full power and a series of battles of the empire’s rule that lasted until after his own death in 297 BC.

Themistocles career in politics didn’t come about in the typical way. He wasn’t an aristocrat. He was voted in because he was liked by the people, especially the lower class. During the Battle of Marathon, Themistocles is said to have been one of the strategists that led them to victory. After the battle, he would be considered a hero and rise to prominence. As a general, Themistocles knew that Persia would return and this prompted him to develop a navy, which was a wise decision as they would defeat the Persian Empire who never came back.

As you can see, these generals have all played an important role in Greek history. Each is interesting in his own right!