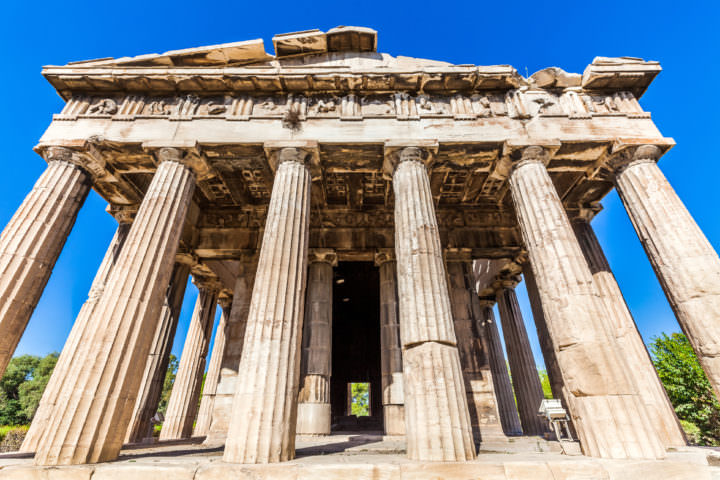 Athens was one of the most thriving city-states in all of Ancient Greece. one of the reasons for this is that it was not only a place where the citizens of Athens dwelled, but foreign citizens were encouraged to live here, as well. Referred to as metics, this segment of the ancient Athenian population accounted half of the total population. Here’s more information about this segment of Athenian society:

What Metics Were Exactly

A Metic is a term that refers primarily to a non-citizen person permanently dwelling in Athens between 500 and 400 BC, a time in which foreigners were welcomed to settle in the city because of their positive impact on trade, culture and education. Most metics were either immigrants from other parts of Greece, freed slaves, or children of either of the two categories of people.

Because citizenship in ancient Athens was not based on where a person was born, but rather as a benefit of inheritance, many metic families had lived in Athens for generations and were likely physically indistinguishable from other local citizens. Based on the record of many tombstones, Metics retained the citizenship of their city of origin and preferred to list their home city on their tombs.

Metics Weren’t Given the Rights of Citizens

Although Athens allowed these non-citizens to live within its walls, they didn’t enjoy all the benefits that true Athenian citizens were allowed. There were also plenty of disadvantages for living here, yet for many, even the greatest disadvantages didn’t outweigh the benefits of living in the city. Among these disadvantages was that they had to pay a military duty as well as additional taxes called “eisphora” and, if they were wealthy, contributing to special civil projects such as helping other wealthy Athenians pay for a warship. Other taxes, such as poll tax and a tax for setting up a booth in the marketplace further discriminated against metics.

Besides needing to pay taxes, there were also other economic disadvantages of being a metic. For instance, they were were not paid for being on a jury and they also weren’t allowed to work in silver mines because the precious metal was considered exclusive property of citizens. However, although these restrictions make it seem as if they were economically disadvantaged, there were some metics who were considered to be extremely wealthy and amongst the most well-off in Athens.

Advantages of Living in Athens

Despite the disadvantages, Athens was still a great place to live. Very rarely, a metic could be granted citizenship as a gift from a city official, but most continued to live in the city bearing the burden of their lesser social status. They lacked any influence in the local politics and faced more difficulties than citizens. But, on the flip side, metics could be completely assimilated into Athens’ cultural, social and financial scene.

In this way, many metics, and especially those of Greek origin, might not have experienced perceptible day to day differences from their Athenian counterparts. For many affluent metics, Athens was a bustling metropolis offering opportunities beyond what their city of citizenship could afford.