Written by GreekBoston.com in Ancient Greek History Comments Off on Learn About the Polis of Ancient Greece 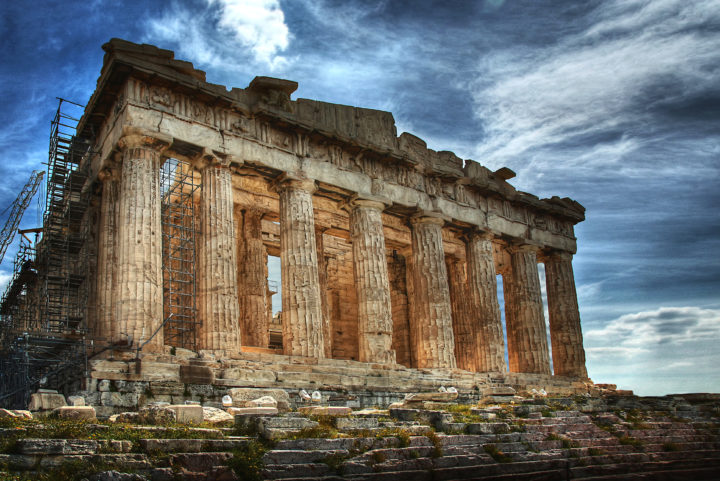 The ancient Greek people are known throughout the world for having spearheaded what many consider to be our modern way of life. Many of the ways in which they innovated included their system of governance. Starting about 800 years before the birth of Christ, Greek city-states, also known as the polis, were being created and refined.

Rather than being ruled by a tyrant, the Greek polis consisted of a government that was created by and intended for the common person. The needs of many were taken into account, allowing laws to be established with the general populace in mind. When people talked about the polis, they were generally referring to the citizens that inhabited Greek cities.

The concept of a polis that was good for the people was revered by no less than Plato. In The Republic, the famous Greek philosopher espouses his own personal beliefs on the topic. In Plato’s mind, the best leadership option for a polis would be a philosopher king. It’s important to note that he steers away from the idea of a warrior king. As a Greek citizen, after all, this would be the type of leader with whom Plato was most acquainted throughout his years. But in Plato’s opinion, people are best served by contemplative leaders who think about the deeper questions. Such thought and reflection leads to a more expanded worldview, allowing leaders to make the choices that permit people in their jurisdiction to flourish.

Plato even went as far as to separate the categories of people living in a polis. He posited that wage earners, traders, shipowners and sailors, merchants and producers all representd a unique part of the polis. Plato also believed that there were four virtues that would help all of these groups to coexist easily—justice, moderation, courage and wisdom. And it’s crucial to note that Plato wasn’t the only philosopher who was interested in the polis; the famous Socrates happened to be interested in the economic forces that made each polis turn.

Although the polis did not last forever, it left an indelible mark upon the planet. The concepts of autonomy and self-reliance naturally became a part of Greek life moving forward. In fact, it became a part of the human experience around the entire globe. These days, we can most readily see the influence of the polis in our language. When you hear a newscaster discussing politics, police or policy, they are using words that are rooted in the polis.

The American Constitution and other democratic documents are all rooted in ideas that were set forth by the Greeks more than two millennia ago. In the coming decades and centuries, it seems as though these concepts will continue to grow more relevant with time.