Written by GreekBoston.com in Ancient Greek History Comments Off on The Myth of Santorini and Atlantis 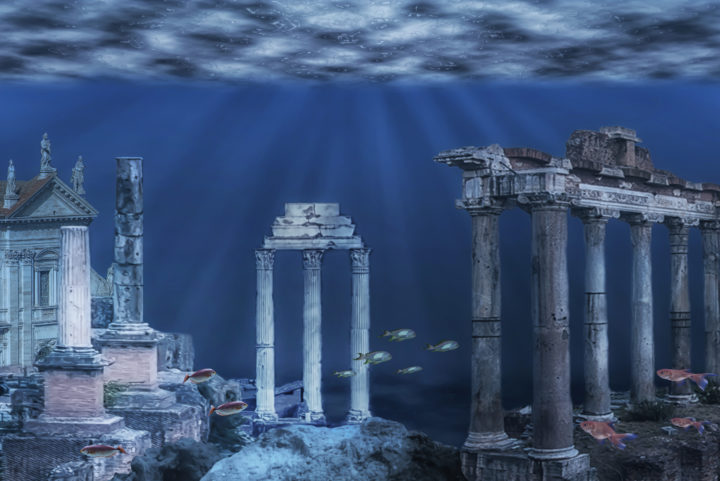 The Greek island of Santorini has an enchanting quality that draws people here every year. Those who come are intrigued by the unique landscape, the gorgeous weather, and the myriad of things to do. This is also an island that has a long history, but nothing in the island’s timeline shaped its history quite like the intense volcanic eruption that took place there around 3600 years ago. There are also those who believe that the island, or at least the part that sunk to the sea because of the eruption, was the lost city of Atlantis. Here’s more information:

The Myth of Atlantis

In Plato’s works, Timaeus and Critias, he spoke of a mythological city known as Atlantis. In these stories, Athens was besieged by a naval fleet from a place known as Atlantis. Although he didn’t give the city much attention in his works, he wrote enough to get people’s imaginations going.

By the time the Renaissance period of Europe came about, the story of Atlantis had evolved. The basic premise is that the Kingdom of Atlantis had been lost, disappearing without a trace. Some versions of the myth indicate that Atlantis had displeased the gods. Other versions portray them as a technologically advanced people that went into hiding. No matter which version of the story you enjoy, the basic premise is the same – that the ancient kingdom had disappeared.

Is the Myth True?

Does that sound familiar? This story shared some elements with the myth of Atlantis, and there are those who believe that the mythological city of Atlantis that Plato wrote about, and that has been romanticized over the centuries, is actually the portion of Santorini that sunk to the bottom of the sea after the volcano erupted.