Written by GreekBoston.com in Ancient Greek History Comments Off on What is the Seikilos Epitaph? 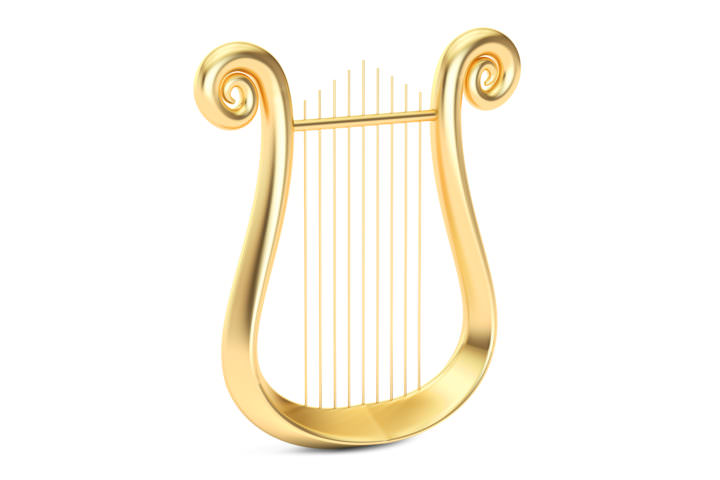 It is a pretty well known fact that the Ancient Greeks had music. We know that they played instruments like the lyre, the pan pipe, and the tympanum. Many works of literature that we know of from Ancient Greece were not read from papyrus or even recited – they were sung by a musician who accompanied his voice with an instrument such as the lyre, which resembles a small, hand held harp.

Most of what that we know about the music of Ancient Greece only exists in fragments. In fact, there is only one complete musical work that has survived. It’s called the Seikilos Epitaph. Here’s more information:

The truly amazing thing about the Seikilos Epitaph is that it is not only the sole complete work that has survived out of Ancient Greece, it is actually the oldest surviving complete musical work in the world. The piece has been dated as early as 200 B.C. and as late as 100 A.D and experts are divided as to which date is the most probable. The interesting thing about this piece is that it is completely intact and also has the musical notation as part of the composition, so people can replicate it and perform it even today.

It uses the type of notation that was common in Ancient Greece, which is why people believe that it was written as early as 200 B.C. The melody and lyrics from the piece are completely intact. Although the notation is intact, experts are unsure as to whether or not it was written in Phrygian or lastian tonos, two different musical styles.

It Was Written in Honor of the Composer’s Wife

Another unique fact about this musical piece is that it was written as an epitaph in honor of the composer’s wife. As the name of the piece suggests, it was written by an individual named Seikilos. It was found in Tralles, a town that was part of Ancient Greece but is now part of Turkey. Tralles was located near the ancient town of Ephesus, which is on the island of Kusadasi in Turkey. Sir W. M. Ramsay found the musical piece inscribed on a tombstone in 1883.

While you live, shine

Have no grief at all

Life exists only for a short while

and time demands an end.

Above each line, the tombstone is etched with the melody, written in the standard notation of Ancient Greece. Scholars have since translated the notation into our modern notation system, which enables it to be played today.

The Seikilos Epitaph is the oldest surviving musical piece in existence. This gives us a glimpse as to what the music of Ancient Greece was truly like and the piece is still being performed today. As the name suggests, the piece itself is an epitaph, written to honor the composer’s deceased wife.