Written by GreekBoston.com in Ancient Greek History Comments Off on About Synoecism of Ancient Greece 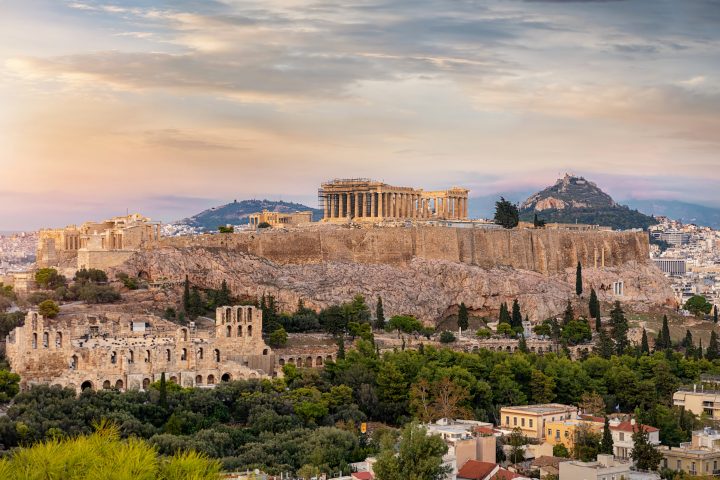 We tend to think of Ancient Greece is typically as one culture or country, like the way modern-day Greece is laid out. The truth is that there was never a cohesive Greek state in antiquity. It couldn’t be classified as a nation. What is currently known as Greece was home to many independent kingdoms and states, each of which was centered on a major city. We refer to them as “city-states.”

However, these city-states had to be formed, and the term Synoecism is a term that is used to describe how they’re formed. Here’s more information about this concept:

Athens was a significant power among Greek cities. Athens was the center of a few empires and the cradle of democracy. It was also the residence of some of the most significant ancient thinkers and artists. However, there’s generally more than Athens itself in mind when people bring up the topic.

Everything within the borders of this city-state or the area ruled by this significant metropolis. Specifically, this refers to the region of the peninsula known as Attica. How, though, did we get here? How exactly did Greece go from being just a city to the powerful political hub that it was? To do so, we need to introduce the concept of synoecism into our lexicon.

The ancient Greeks gave considerable thought to their government, and as a result, they coined a phrase to describe the formation of a city-state. The Greek word for “living together” is synoikismos, which describes the communal lifestyle. Synoecism is the term that we employ. The term “synoecism” describes the process by which multiple communities merge into a single state.

This is the process of unifying several smaller poleis (towns) into a more prominent city-state governed from a central location. This sort of thing didn’t happen just in Athens. In ancient Greece, city-states such as Sparta, Corinth, and Thebes emerged from the political coalitions of surrounding villages, a phenomenon known as synoecism. Why Greek-style civilizations came to be is best explained by this.

When did synoecism first appear in Athens, and how did it come about? Mythology from ancient Athens attributes this to the legendary hero Theseus. Theseus, the legendary hero who defeated the Minotaur and turned little Greece into a Mediterranean superpower, is often regarded as the originator of authentic Athenian culture.

Theseus, a mythical figure from Greek mythology, is credited for uniting the towns of Attica under Athens’ rule. As a result of his leadership and goodness, the people could band together and defeat the demons he faced. That Theseus presided over synoecism as a just and popular leader is crucial. That’s something we’ll talk about down the road.

Origins of the Athenian Synoecism

It’s more challenging to determine when and how Athenian synoecism came. Regarding when, why, and why it occurred, historians seem to have differing views. By the fifth century BCE, Athens had become the capital of a city-state that spanned all of Attica.

Beginning with the concept of the consolidated city-state, we will trace the evolution of this intriguing subject. Synoecism at Athens may be positively dated to 508-507 BCE. When did today become such an important date? Cleisthenes, a prominent Athenian statesman, revised the constitution during this time. The Calisthenic Reforms restructured Athens’ political districts and reduced the nobles’ influence while expanding the citizen assembly’s authority. Simply put, Cleisthenes is revered for laying the groundwork for Athenian democracy.

Many ancient Greek cities served as the capital of their respective kingdoms or states. Synoecism is a term created by the ancient Greeks to describe the process by which a city-state is established. This refers to the method used to merge multiple municipalities into one large urban area. Synoecism refers to the process through which city-states in ancient Greece formed from the coalitions of neighboring villages. It is widely believed that Theseus, the mythological hero who killed the Minotaur and transformed little Greece into a Mediterranean powerhouse, is the true progenitor of traditional Attic culture.