Written by GreekBoston.com in Ancient Greek History Comments Off on Did the City of Troy Really Exist?

Most of us are familiar with the fabled story of the Trojan War. We know from Homer’s Iliad that the war essentially began because Helen of Troy fell for Paris, a Trojan Prince, while her husband, Menelaus, was away. When Helen ran off, it started a war that eventually spurred the myths that Homer wrote about the Iliad.

However, for the longest time, these stories were looked at as purely mythical – until the actual Troy was found in the 1800’s. It is now believed that Troy was an actual city in Asia Minor, which is now a part of modern-day Turkey. Here’s more information about whether or not Troy was actually a real city:

Inspired by the Iliad, individuals such as Heinrich Schliemann and Frank Calvert set out in the 1800’s to find it. Both Schliemann and Calvert eventually gained permission to excavate. Most of what we know about Troy was either read in the Iliad or discovered at the archaeological site itself. They used the ancient epic poem to cross reference their findings, including geographical elements and other pieces of information. This helped them authenticate whether or not they found the actual Troy or not.

After a while of searching, they did find a potential location for the actual Troy. The current accepted location of ancient Troy is in modern-day Turkey in the southwest portion of the Dardanelles strait. Unfortunately, back when Schliemann and Calvert began exploring the site back in the mid-1800’s, the archaeological principals that are around today that are designed to help preserve sites today weren’t in place, which means that some of the original information could have been lost.

Once they thought they found the city, it spurred debates. Other sites were tested against the myths and legends and people have been debating since the initial discovery. Debates still exist, but this location is the most accepted one. 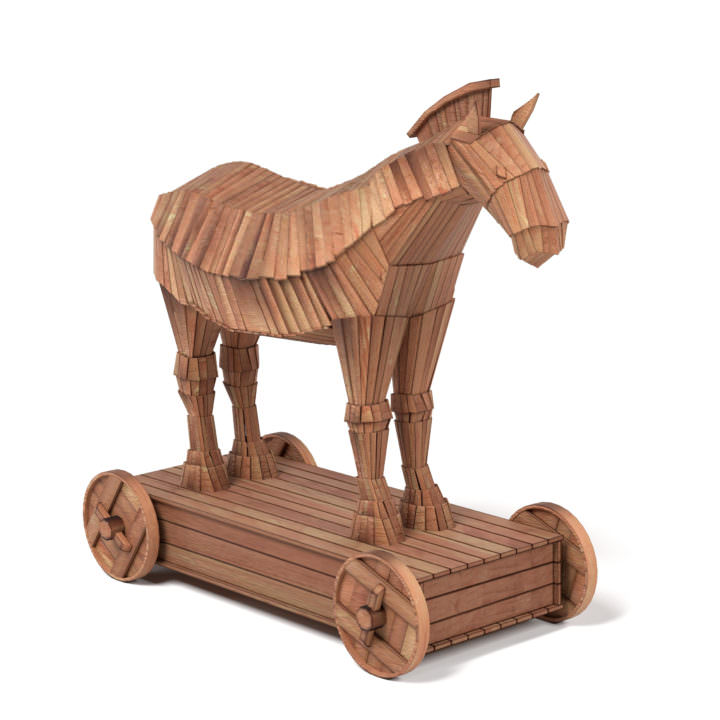 People have been studying Homer’s mythos of Troy for centuries and even ancient historians such as Herodotus are divided as to where the real Troy was and when the stories actually took place (if they are based on truth at all). The Iliad describes the city and the surrounding area in the context of the war. For example, Homer describes the Achaeans as setting up camp on the banks of a river, which means that the real Troy must be in a similar location.

The area that is largely accepted as being at the site of the real Troy matches up with the credentials set by the Iliad. Troy was on the banks of the Scamander River. It’s also about 5 kilometers from the sea, which is similar to the descriptions in the Iliad. Another feature of the city of Troy as described in the myths is that it appears to have been a walled city. The city that Schliemann and Calvert found also shows evidence of being a walled city.

While it’s true that historians believe they found the real Troy, there are still those who are unsure. Despite that, it has been added as a Unesco World Heritage site. Just because the city may have been found, however, doesn’t meant that it proves that the myths were real. More findings need to be made in order to authenticate the actual stories that Homer told about.

About the Greek Mythological Monster Echidna