Written by GreekBoston.com in Greek Mythology Comments Off on Kronos and Zeus Battle for Control of the Universe 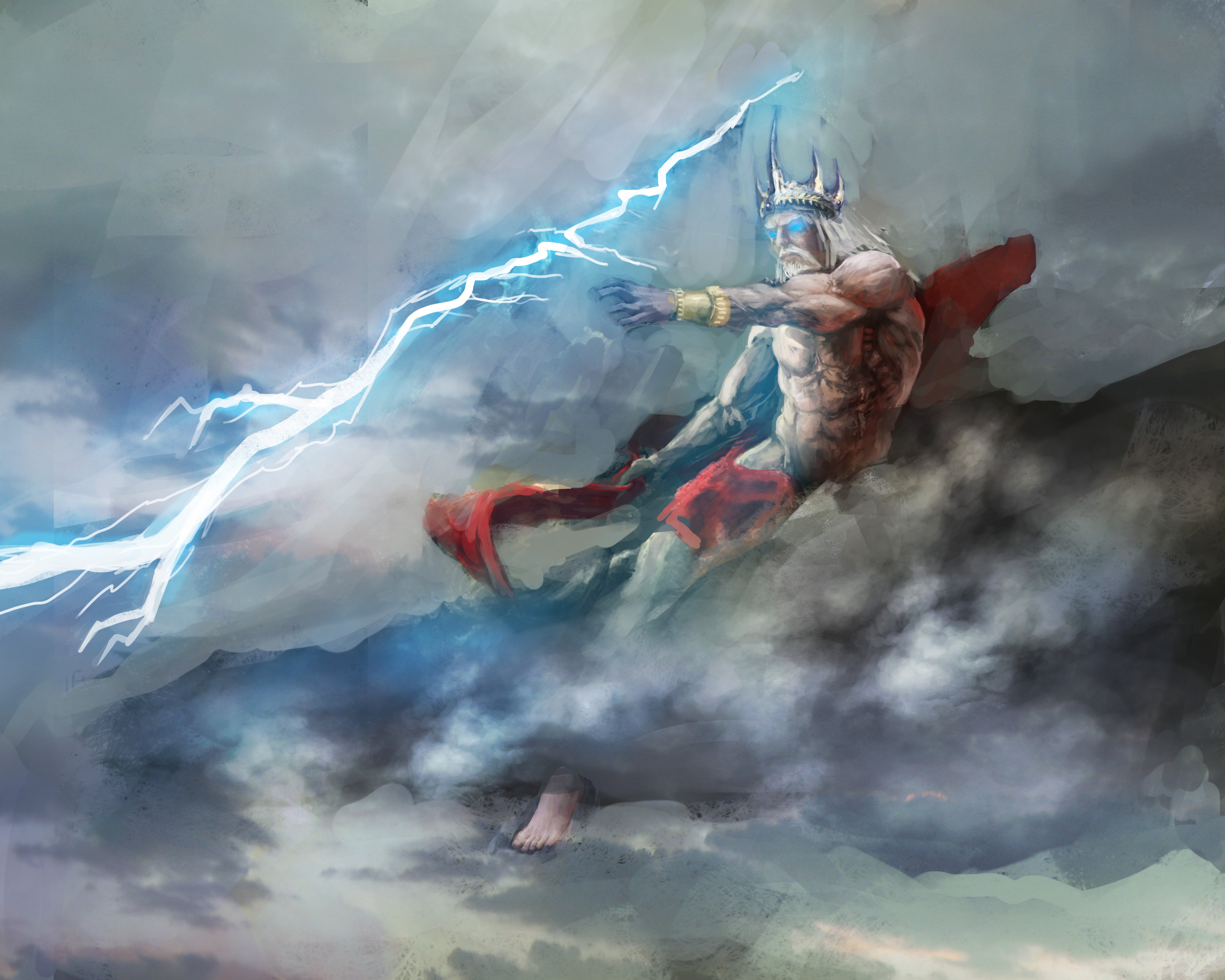 Have you ever wondered how Zeus became the King of the Gods? Zeus wasn’t always the head of the gods and goddesses of Mount Olympus. According to the stories, Kronos was in charge of the gods before his son, Zeus, seized control. Here is the story of how Zeus and Kronos were engaged in a battle that would ultimately name Zeus and the gods and goddesses of Mount Olympus the victors.

Zeus Was Raised by a Nymph

Kronos and his children never had a good relationship. This is due to the fact that he heard a prophecy before his children were born. Kronos was told by his parents, Gaia and Uranus, that his destiny was to be overthrown by his own son. To try to prevent his children from rising up against them, he swallowed them whole. Zeus was spared from this fate, however, because Rhea tricked Kronos by getting him to swallow a rock, instead. Rhea hid Zeus in a cave on the island of Crete where he was raised by a nymph named Cynosura. In other words, the father feared being replaced by one of his sons. Eventually, we understand that Zeus became his replacement.

Zeus Forces His Father to Regurgitate His Siblings

Once Zeus learned about what became of his siblings, he knew he had to do something about that. He understood that if he were to unseat the Titans and gain control, he would need his siblings as his allies. He also knew that his father, Kronos, needed to be stopped. To get his siblings back, Zeus gave Kronos mead that had been laced with a drug. He began throwing up everything he swallowed, including the stone that was supposed to have been Zeus. He threw the stone, and then the five siblings, up. Thus, all five of his siblings, including Hades, Poseidon, Hestia, Hera, and Demeter.

Zeus and His Siblings Plot Against the Titans

Kronos and Rhea were the King and Queen of the Titans. Once Zeus was reunited with his siblings, they agreed that he was unfit to rule and decided to fight for control of the gods. The war that ensued, which is dubbed the War of the Titans, or Titanomachy, is something that Zeus plotted as he came of age in the cave on Crete where Rhea left him to be raised by the nymph. His goal was to do more than liberate the siblings, he wanted to take the control of the world away from the Titans. The battle that resulted was long, dangerous, and bloody. Eventually, though, the Olympians were the ones who were victorious.

Zeus became a powerful god. He was not only the supreme ruler of all the deities, but he was also capable of doling out punishments. He did so by controlling the weather and in particular, he was always attributed to his destructive lightening bold. Because he had such a command over the destructive power of nature, both the Ancient Greeks and the other gods and goddesses feared his wrath.