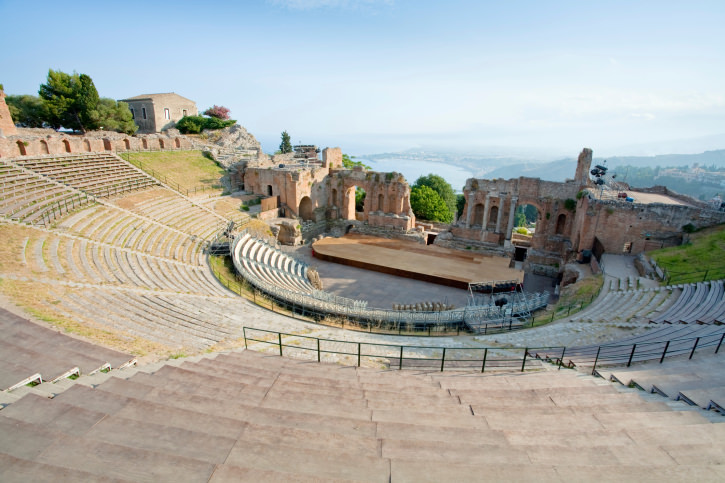 Theater was very important to the culture of Ancient Greece. Greeks embraced both comedy and tragedy and people enjoyed both as a form of entertainment. Theater was so important, in fact, that city-states such as Athens held festivals every year devoted to this tradition.

There were a lot of important plays and playwrights in Ancient Greece that we still know about today. In order to understand how important theater really was to the Greek people, it is a good idea to either read these plays or watch them live. Most of these are still performed today. Here are some of the top Ancient Greek plays to take a look at.

This classic tragedy is still read and performed today. In Oedipus Rex, a father leaves his own son, Oedipus, to die in a field. Rather than die, he is taken in by another family and raised. While with this family, Oedipus is told by an Oracle that he will murder his father and sleep with his mother. Despite his best efforts to prevent this from happening, he does both of these things.

Though Aeschylus wrote two other plays about Prometheus, Prometheus Bound is the most popular and influential. It is important to note that historians believe it unclear if Aeschylus truly wrote it. However, he is given the credit. In it, we follow the tragic life of Prometheus, the Titan who gave fire to mankind. Zeus ultimately punished him for his actions.

Euripedes is another important playwright from Ancient Greece and one of his best works was Medea. Medea was the wife of Jason, whom we know from the story, Jason and the Argonauts. As the play opens, Jason has just left Media for another woman. He promised to keep her on as a mistress.

However, Medea was unsatisfied with this arrangement and plotted her revenge. Part of the fun of this play is wondering who the villain of the story really was. Was it Jason for leaving her, or Medea for plotting her revenge?

The Persians by Sophocles

The Ancient Greeks’ struggle with the Persians was on people’s minds for a long time. Sophocles penned his tragedy, The Persians, as a reminder of this time. In it, Sophocles focuses on Xerxes, the Persian Empire’s feared leader, as he finds out about the Persians’ loss at the Battle of Salamis.

Antigone is another tragedy written by Sophocles. Here, we focus on Antigone who was the daughter of Oedipus and his mother, Jocasta. Sophocles uses this tale as a way to warn us against our own pride. In this story, Antigone witnesses her brothers fighting for the throne – a conflict that eventually killed one of them.

As you can see, theater was an important part of the Ancient Greek culture. These plays are all excellent examples of tragedies. Each one tells a story that not only has unique and interesting plots, but also teaches a moral lesson. In order to truly understand the Ancient Greeks, reading these plays is essential.