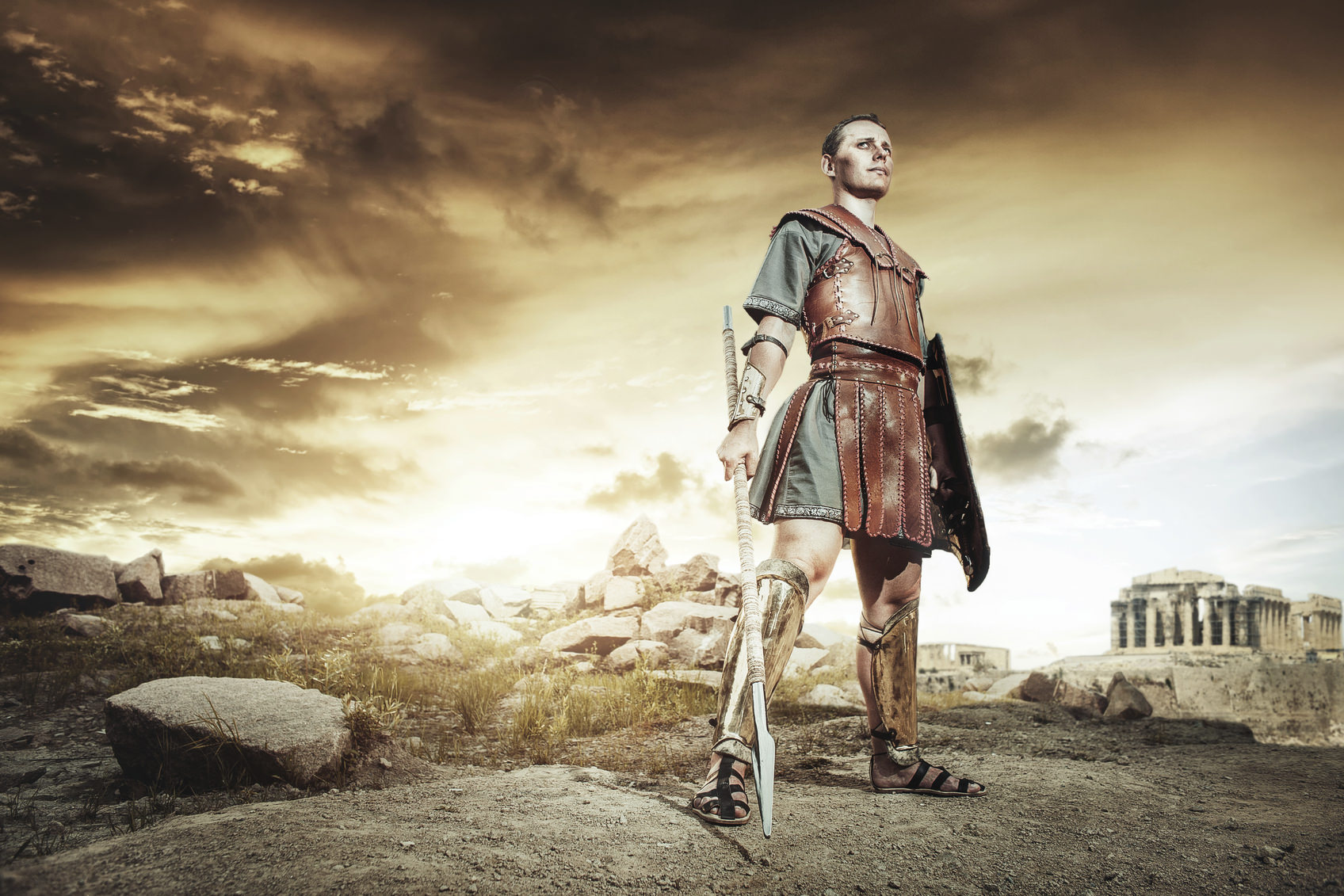 When many of us think of warfare in Ancient Greece, this invokes images of the Ancient Spartans and their unique brand of fighting that involved the hoplite soldiers. While this style of fighting was certainly an integral part of the war strategies present throughout Ancient Greece, that wasn’t the only tactic that the Greeks use. Not only that, but the strategies that were used often changed depending on the time period. Here’s an overview of the styles of warfare that could be found in Ancient Greece throughout the various ages:

The Rise of the Professional Soldier

There is evidence that there was such a thing as a professional soldier as early as the Archaic Period. In the beginning stages of Ancient Greek warfare, which took place during the Archaic Period, fighting tactics were makeshift at best and there doesn’t appear to have been a strong sense of organization amongst the early Ancient Greek military. Although the soldiers during the Archaic Period were paid, it wasn’t by much. As Sparta developed, they took the idea of the “professional soldier” to a new level. The Spartans gave their soldiers a set uniform and standard weapons and also put their soldiers through a strenuous series of trainings in order to get them ready for battle. Over time, the Spartans became the model that all other city-states tried to emulate. Although they were amongst the first to have a formidable professional army, city-states such as Athens, Argos, and Thebes also followed.

Understanding the Hoplite and Phalanx

As the Ancient Greek armies developed throughout Greece, the hoplite soldiers’ roles became increasingly important. The hoplite was a type of soldier that had a long spear, short sword, and a large, circular shield that was made of bronze. The hoplites were trained to move as one unit, and they formed a crucial line of defense between invading armies and the rest of the Greek army. The hoplites formed what is known as a phalanx by locking their shields together and standing shoulder to shoulder. In doing this, the soldiers were able to create a formidable, nearly unbreakable bond that invaders had a difficult time overcoming. For example, in the First Persian Invasion, the Persian army outnumbered the Athenian army by an astounding amount. Yet, because of the hoplites and the phalanx, it was the Athenian army that emerged from the battle as the victor.

The Rise of the Ancient Greek Navy

After the city-state of Athens won the First Persian Invasion, Perecles, an Athenian politician, was convinced that they’d be back in order to try to conquer Greece once again. He managed to convince the people to support building a large navy using the large silver reserves that were found on Cape Sounion. Once the massive ship sheds and trireme boats were built, Athens had one of the most powerful navies in the world. Each trireme required 170 oarsmen and each of these individuals were paid professional wages, which motivated people to become part of the fleet. By the time the Persians came back to Greece roughly ten years after the First Persian Invasion, the Athenian Navy was ready for them. After the Athenian naval victory during the Battle of Salamis, the Persians never returned.

There were a few distinct parts of the Ancient Greek style of warfare. The fact that they had professional soldiers, the hoplites, and a formidable navy helped them defeat mighty invaders such as the Persians.