All About Apokries (Greek Halloween)

Written by GreekBoston.com in Modern Greek History Comments Off on All About Apokries (Greek Halloween) 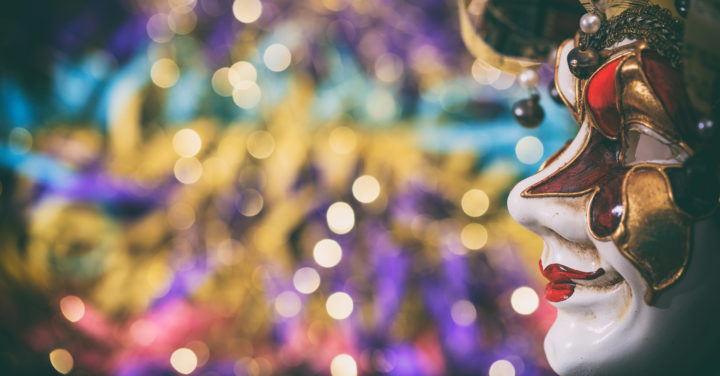 People often ask if Greeks celebrate Halloween in the same way as people do in the United States. Here, Halloween take place on October 31st and is known as a day to celebrate all things spooky, as well as dress in costumes. While Greeks don’t seem to celebrate this holiday, they do have an occasion every year where it is part of the tradition to dress in costumes. Known as Apokries, this is a traditional celebration that takes place just before Great and Holy Lent in the Greek Orthodox Church. Here’s more information about it:

Apokries is part of Greek Carnival celebrations, which take place just before Lent begins. Seen as a “last chance” to celebrate before the austerity kicks in, Apokries is a festive time. These celebrations are characterized by their happy nature. People of all ages hit the streets to watch parades, and there are private parties that take place all over the country. It is also very common for people to dress up in costume.

Apokries doesn’t just take place on one particular day – it spans a certain time period, usually about a month, before Lent begins. There are food specialties that are served throughout Greece during this time. It is also a fun time where people tend to play practical jokes on one another.

Although there are Apokries celebrations that take place all over Greece, there are some that stand out more than others. For example, Patras is known for having one of the largest celebrations in the country. There are parades, parties, tents, festivities, live music, and more. Other large celebrations include those in Athens and Thessaloniki.

Dressing in Costumes and Masks

Part of the fun of celebrating Apokries, or Carnival in Greece, is having the ability to dress in a costume. An easy way to dress in costume is to buy a traditional Carnival mask and wear it to a parade or a party. There are also some traditional masquerade balls that take place during this time where you typically wear formal outfits and also a fun mask that hides your eyes.

You can also wear a traditional costume during any of the Apokries celebrations. The type of costume you choose to wear often has to do with the region of Greece. Typical costumes include those of the Greek gods and goddesses, historical figures, clowns, and more. The goal of the costume is to make it difficult for people to recognize you, and that’s often why people wear masks.

Halloween isn’t a traditional holiday in Greece. However, the Greek people look forward to dressing in costume during Apokries, which many people refer to as the “Greek Halloween.”