Written by GreekBoston.com in Modern Greek History Comments Off on War Torn Greece Leads Up to Civil War 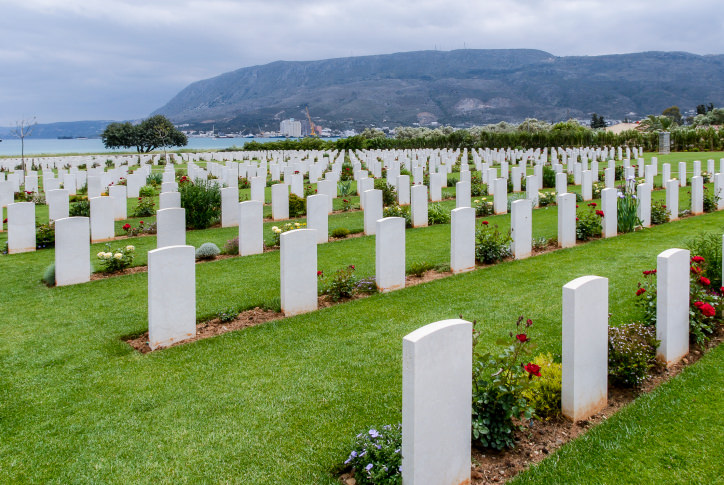 In many ways, after Greece won its independence from the Ottoman Turks in the mid 1800’s, the country’s problems were only just beginning. The next one hundred years or so were filled with political conflict, economic uncertainty, and multiple wars. After Greece endured occupation during World War II, their problems continued even after the war was over. This time, it was internally. Here’s some more information on the Greek Civil War, which started in 1946 and ended in 1949. There were roughly 100,000 casualties during this war.

During the period of foreign occupation during World War II, the Greek government was exiled. On April 25, 1941 King George II and his government fled to Crete and were later moved to Cairo, Egypt shortly before the Nazis attacked the island. While it’s important to protect the essential members of the government, this move would later be a contributing factor to the events that occurred after World War II concluded. The absence of a solid government after foreign forces left Greece destabilized an already war-shattered country.

As part of their war strategy, Western Allies aided Greece by aiding the resistance groups by giving them the resources they would need to overpower the Germans. Their goal was to empower and strengthen these groups to help further their overall cause – to win the war. Whether or not this strategy actually worked is up for debate. Though they aided other groups, it was the ELAS, or the Greek People’s Liberation Army, that received the majority of the resources. Note that the KKE, or the Communist Party in Greece controlled the ELAS. The Allies realized that this group was strong enough to succeed in ending foreign occupation in Greece.

On October 12, 1944, German forces began the process of withdrawing from Greek soil. However, they maintained a presence on Crete and a few other islands until the war’s conclusion in 1945. However, the Greek government did return on October 17, 1944, just five days after the Germans left most of Greece. What King George II found was a country whose resources were depleted. Morale amongst the people was also extremely low. By the time the Greek government reconvened, the ELAS was in control of about two-thirds of the country.

When the new government ordered ELAS to cease their actions and disarm, they refused. What ensued was a bloody conflict where the British Allies and Greek government fighters struggled to gain control. When the British government realized that subduing the ELAS was beyond their reach, they asked the United States for help. When the Truman Doctrine was enacted in 1947, American soldiers were dispatched to help subdue the resistance fighters. Their efforts were eventually successful and the war concluded in 1949.

One of the direct results of this conflict was that many Greeks left their home country in search of a better life. They were unable to feed their families and make a living during these periods of instability.