Written by GreekBoston.com in Modern Greek History Comments Off on Greece’s Journey to the European Union 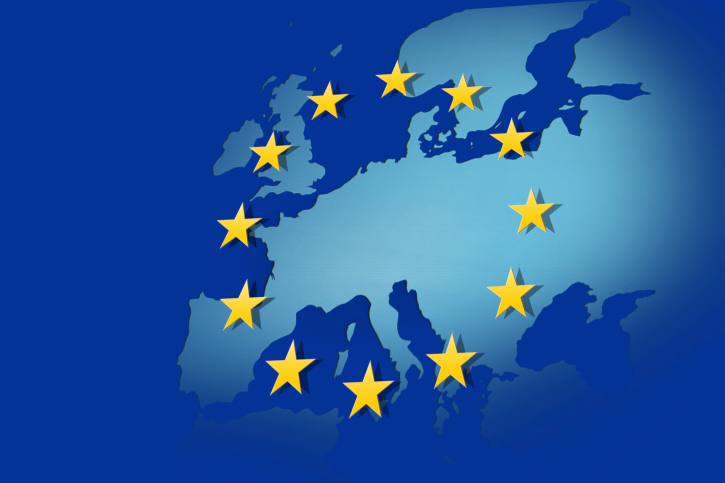 The second part of the 20th Century was a time of rapid change for Greece, as it was for most countries during this time. After surviving World War II and a Civil War, Greece was presented with opportunities to rebuild from the ruins of war. Economic advancements and increased solidarity among the European nations following World War II influenced Greece to sign an agreement of association with Europe, which later turned into Greece officially joining the European Union in January 1981.

Here are a few of the events that led to Greece ultimately joining the European Union:

The European Recovery Program (ERP) was an American initiative to help rebuild Europe following the end of WWII. It was called the Marshall Plan after George Marshall. When the plan was announced Marshall was the Secretary of State for the United States. Prior to this, he was the United States Army Chief of Staff and served as the chief military advisor to President Franklin D. Roosevelt during WWII.

The pinnacle of the ERP was 13 billion dollars (roughly $168 billion by today’s standards) of American money that was loaned to European countries to help them rebuild, improve industry, and increase trade among the European nations. While the United Kingdom and France took the largest amounts of aid ($3.3 billion and $2.3 billion respectively), Greece experienced a rapid period of economic growth starting in the 1950s, even though they took just under $400 million in aid.

The Association Agreement with Europe

Greece’s economic recovery period is often referred to as the “Greek Economic Miracle.” Between 1950 and 1973, Greece experienced huge financial gains as its economy grew at an average of 7% each year. At the time, Greece was second after Japan in terms of economic recovery from the war. To keep momentum, Greece looked to become an official member of the European Union, which could provide Greece with additional resources for development and commerce.

The process to become part of the European Union began in 1961 when Greece signed an Association Agreement with the newly formed European Economic Community (EEC), which was a predecessor to the EU). Under the Agreement, Greece was not to become an official member of the European Economic Community, also known as the European Common Market. Instead, the treaty made it possible to streamline customs so that Greek citizens, services, and capital could easily transfer between Greece and the six nations that made up the EEC.

The steps towards becoming an official member of the EU were halted when Greece fell under a dictatorship in April 1967, which lasted through July 1974. Because of the governmental overthrow, Greece’s affiliation with the European Economic Community was frozen until its democracy was restored in 1974. Greece entered negotiations with the EEC as it again began to rebuild following the restoration of its democratic government. Finally in January 1981, Greece officially became a member of the EEC. In 1993 the European Economic Community was renamed the European Union under the Maastricht Treaty.