Written by GreekBoston.com in Modern Greek History Comments Off on Get to Know the National Schism of Greece 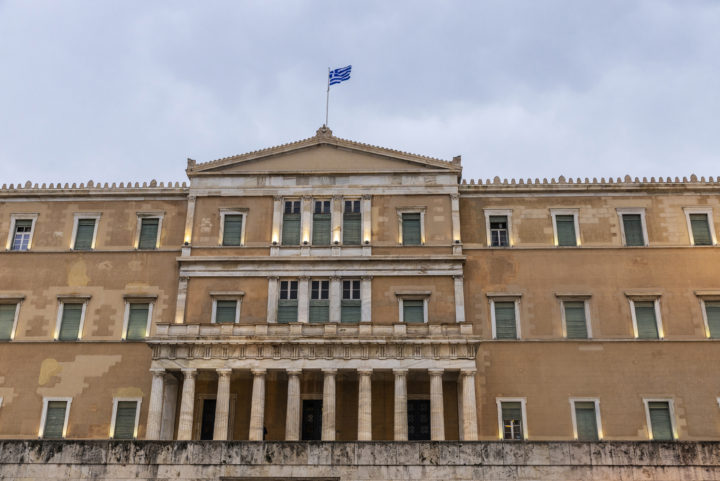 After Greece won its independence from the Ottoman Empire, a period of political turbulence ensued and showed no signs of slowing down. In between the years of 1910 and 1922, the political climate in Greece was a polarized one, and the disagreement divided the country between those who supported the king and those who supported the prime minister. The disagreements were so heated that the Greek diaspora throughout the world also took sides. Here’s more information about this conflict:

About the National Schism of Greece

The National Schism of Greece can simply be described as a series of disagreements between Prime Minister Eleftherios Venizelos and King Constantine concerning Greece’s foreign policy between 1910 and 1922. While the crux of the argument was whether Greece should join World War I or not, there were other facets that were part of this conflict. Prime Minister Venizelos wanted Greece to join the war and King Constantine wanted Greece to be neutral during the war. The king was also a German sympathizer, and that fact alone polarized the opinions of the Greek people.

How the National Schism Began

The disagreement between Prime Minister Eleftherios and King Constantine began in 1910 during a dispute over whether it should be the Prime Minister or the king who held the real power in Greece. This wasn’t an easy problem to solve, and the Greek people were divided over where their loyalties were.

However, the problem didn’t really escalate until 1916 when Greece was contemplating whether or not to become part of World War I, with Venizelos wanting to enter Greece in the fight and the King wanting to remain neutral. During this time, Venizelos formed a rival government in Thessaloniki, which is where he was from and where the majority of his supporters were concentrated.

The prime minister’s supporters finally succeeded in removing King Constantine from the throne in 1917, which put Venizelos in charge of Greece. After the Prime Minister gained control of Greece, the country entered into World War I against the Germans. However, this political maneuver divided the country even worse than it already was.

The failure of Venizelos to unite the country led to him being ousted, which then prompted the return of King Constantine back to power. This was necessitated by the outbreak of the Balkan wars. Constantine was appointed as the commander-in-chief and was hailed as “laurel-crowned” and the “Bulgarian slayer”.

The Balkan wars also reignited the enmity between King Constantine and his rival, Venizelos. While Constantine wanted his troops to march north of the country, Venizelos was of the opinion that the army should head towards the East.  Venizelos’s approach was buoyed by the fact that Bulgarians also had their eyes set on the city – the most important in Macedonia. Venizelos prevailed and Greece eventually captured the city before the Bulgarians could arrive.

The decision to enter into World War 1 had a great impact on the economic, social and political lives of the Greek people. Rival camps of King Constantine and Prime Minister Venizelos who were already engaged in a bitter conflict hated each other even more. Each side viewed the actions of the other during the war as treasonous and illegitimate. Although he went into exile in Switzerland, Constantine continued to oppose Greece’s involvement in the war.

The National Schism of Greece divided the country greatly, and this added to an already turbulent situation in Greece brought on by World War I. It is something that impacted the country well after the conflict was done.