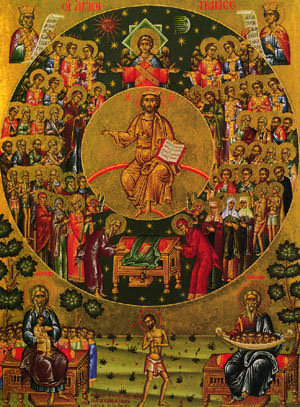 The saints are a big part of the history of the Orthodox Church, and their lives are regularly celebrated throughout the calendar year. Each saint has his or her own feast day, and those Orthodox Christians who are named after these saints celebrate their name day on the saint’s feast day. Saint Theodosia is one of the saints that is a regular part of the church calendar. Her feast day is on May 29th of each year. Here’s more information about him:

Saint Theodosia, also known as Theodosia the Virgin-Martyr of Tyre, is one of the early saints of the Orthodox Church. Not much is known about her life, such as exactly when she was born. However, we do know that she died as a martyr in 308 AD. She was born in Tyre, which was located in Phoenicia. She was a devout Christian and was persecuted for it.

When she was eighteen years old, she was captured. She was then persecuted and then appeared in front of Urban, who was the ruler at the time. When asked to worship idols, she refused. Her refusal angered the ruler and she was then tortured. After the torture, she was asked again to worship the idols. She was tortured once again, but this time, she lost her life. She was thrown into the sea after her torture was over.

Saint Theodosia’s feast day is held on May 29th of each year and there are hymns that are either sung or chanted during this day. Here are the hymns, as they have been translated into English:

Through labors hast thou inherited life free of pain; with streams of thy blood, O all-praised maiden, thou didst drown the vile lion, who is the most abhorrent enemy of Christ’s Church. As thou now rejoices with Christ, unceasingly pray thou in our soul’s behalf.

Saint Theodosia is one of the early saints of the Orthodox Church. Her feast day is on May 29th of each year.  Check the Name Day page for more information about other Orthodox Christian name days.