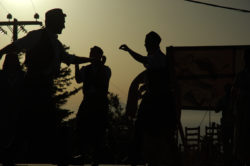 Nikos Kazantzakis is considered one of the great Greek novelists of this modern era.  Most of us know about his popular novel, Zorba the Greek, and the film adaptation the novel inspired. However, there was so much more to him than that! He was known for his works of poetry, essays, and plays. He also worked as a journalist, translator, and a travel writer. Here’s more information about him:

Nikos Kazantzakis was born February 18, 1883 in Crete. Crete at that time was still part of the Ottoman Empire. In 1889 his family fled for six months to Greece when rebels tried to win freedom from the Turks. Nikos spent his younger years on the island of Naxos and eventually moved to Athens after deciding to study law.

His early career was spent traveling and writing a variety of travel articles. Berlin, Paris, Italy, China, Japan, Russia, and Egypt were a few of the locations he visited. This was the primary focus of his career from 1927 to 1941. During this time he wrote the Odyssey, which is a poem based on Homer’s Odyssey.

Throughout most of the 1940’s Kazantzakis worked on writing plays. A few of his plays included Prometheus and Constantine Palaeologos. Throughout his life he would pick up odd jobs writing to earn extra money. One such job was writing textbooks for second and third graders.

In 1942 he decided to give up his writing career to enter politics because of World War II. In 1945 he became a minister in the Sofoulis coalition government. The next year he left this position after the democratic socialist parties united. He didn’t, however, abandon his writing career and continued to work on several projects through the latter part of his life.

He married Galatea Alexiou in the year 1911. They were divorced in 1926. He would marry Eleni Samiou many years later in 1945. Kazantzakis died October 26, 1975 at the age of 74 while he was in what was formerly West Germany.

His body was returned to Athens. Because some of his writings were considered controversial, the Greek Orthodox Church didn’t allow his body to lie in state. His body was instead transferred to Crete.

Nikos Kazantzakis will be remembered as a prolific writer who turned out a wide variety of work. He was nominated nine different times for the Nobel Prize in Literature and made major contributions to Greek literature. 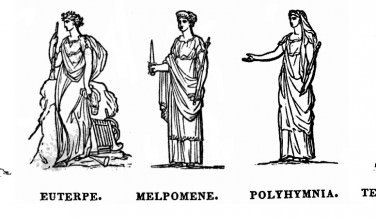 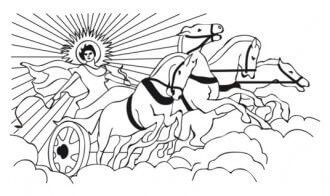 Phaethon’s Wild Ride Through the Sky