Written by GreekBoston.com in Modern Greek History Comments Off on “Ragoutsaris” Is an Interesting Greek Tradition 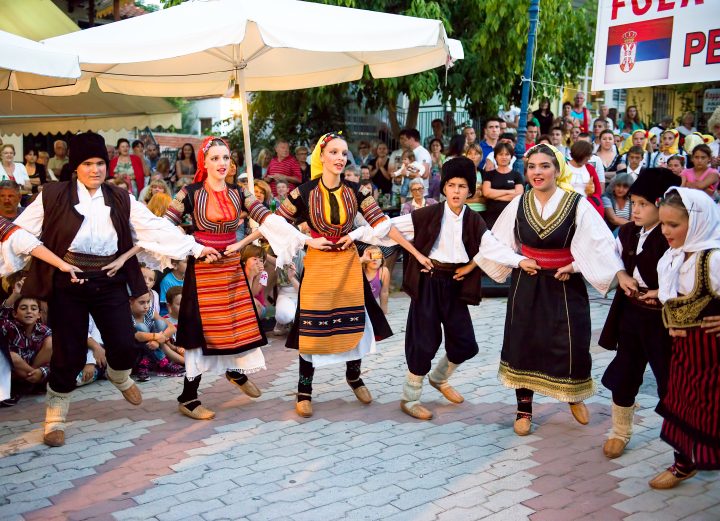 One of the interesting things about Greece is that there are influences in the culture spanning back to Ancient Greece. Greece was part of the Byzantine Empire, they were occupied by the Ottoman Empire, and there is even a Venetian influence. Because of that, there are many customs that can be traced to one of these periods of history. The Ragoutsaria Kastoria, a festival that takes place in Greece each year, is one of those traditions.

Ragoutsaria is considered a Carnival festival, and because of that, the dates change every year. Carnival changes depending on when Great and Holy Lent is, as well as the date of Easter. However, even though the festival takes place during Carnival, it actually has its roots in Ancient Greece. Here’s more information about this festival:

Ragoutsaria takes place during Carnival in a place called Kastoria, which is located in northern Greece. During the festival, people dress in costumes, celebrate, and dance in the streets. The Ragoutsaria custom has lasted for more than a century, and the celebrations are meant to revive the ancient Dionysian rites.

Because of the festive atmosphere, the Kastoria usually has a particular color. The men and women are normally organized in crowds regardless of their age. Each person is dressed in a unique and traditional costume, and people dance in the streets.

What is the Festival?

The day the festival ends is referred to as “Paterista”. It is the day when people celebrate Saint Dominique, and there will be a great parade. Dancing is more than just something that people do out of joy during the festivities. The best dancers win prizes given by the city. The spectators and crowds usually gather at the Doltso, an old medieval square, which plays a key role in ensuring unity. The name of the custom originates from classical antiquity.

The custom has survived to date through the Byzantines and Romans, and even through Ottoman Occupation. There is a likelihood that the name Ragoutsaris usually originates from “rogatores” which is a Latin word and means beggars. The masked men usually go around different houses requesting gifts, and they will chase evil spirits away in the process. At Doltso, the crowd will start by trying to out-sing each other while also playing loud music compared to everyone else.

The festival usually takes three days, and it is a major tourist draw for the city. If you’re interested in Greek customs, you can go ahead and take part in Ragoutsaris. If you are thinking of visiting Kastoria, you might want to visit during the festival!