When it comes to Greek mythology, we often think that it involves the gods and goddesses as well as some of the other deities and monsters that are part of the stories. While this certainly makes up a good portion of the stories, there are also some mortals who are part of the tales. Some of these mortals played a big enough part in some of the stories in order to be featured in tales of their own. King Aeacus is one of them. Here’s more information about him:

About King Aeacus of Greek Mythology 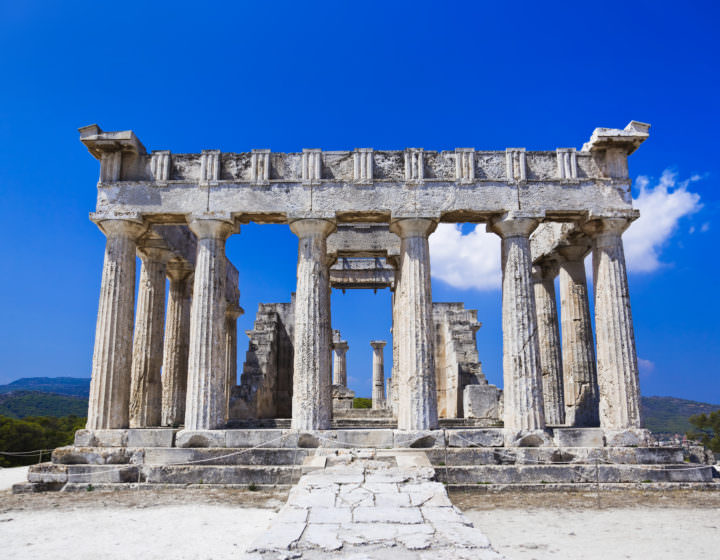 Although Aeacus was a son of Zeus, he was not considered immortal. His mother was Aegina, the daughter of one of the river goddesses, Asopus.  Even though he did experience death, he ended up becoming one of the three judges in Hades. The brothers Rhadamanthus and Minos ended up being the other two judges in Hades. However, during his life, he was the king on the island of Aegina, an island that bore his mother’s name. This island is still named Aegina in modern day Greece. During his life, Aeacus had three children – Peleus, Telamon, and Phocus. He had several grandchildren, as well, including the hero, Achilles and also Telemonian Ajax.

However, there is also some controversy about who Aeacus’s parents really were. Most sources indicate that Zeus is definitely his father. Sources are under debate as to who his mother was. While some say she was Aegina, others have Europa, the mother of King Minos, as his mother. Perhaps this tie to King Minos could explain why Aeacus joined Minos and his brother in Hades as one of the three judges?

The primary tale realted to Aeacus has to do with how Aegina came to have people living on it. At the time of Aeacus’s birth, it is thought that the island wasn’t inhabited. In one story, Zeus turned the ants that lived on the island into people and then granted Aeacus the ability to rule over these newly formed people. In some versions of the story, however, Zeus simply formed the men out of the earth and not from ants. However, Ovid had a different account of this tale. He indicated that the island was inhabited when Aeacus was born, Hera cleared the island of its inhabitants out of vengeance by sending a dragon to terrorize the island. The dragon eventually carried the existing people off of Aegina and eventually Zeus rebuilt the population by creating people out of the dirt on the island. Either way, Aeacus became the king there. After he lost his life on the island, another legend states that instead of simply being buried and forgotten like other mortals, he became one of the judges in Hades.

King Aeacus is a Greek mythological king who played a part of some of the myths and stories. When depicted in art, he was often shown as being part of the culture of Hades and it is somewhat rare to see him as a mortal.