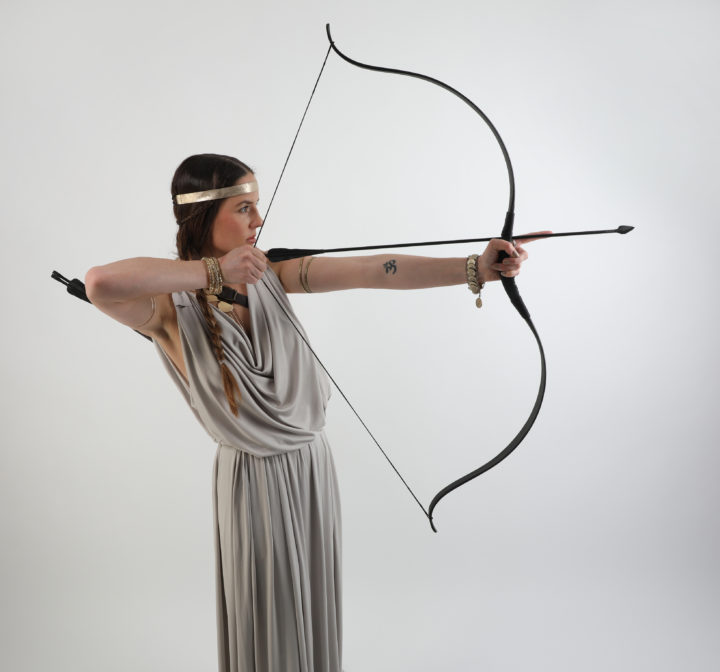 The story of Artemis and the Deer Hunter is among the most haunting in Greek Mythology. Filled with mystery and magic, their legend captures the imagination and pierces the heart. A hopeful young hunter’s unexpected encounter with an enchanting goddess begins as an innocent mistake, and ends as a horrifying nightmare. Here’s more information about this story:

Goddess of the Hunt

Artemis is the daughter of Leto and Zeus, the ruler of all Greek gods. A curse was placed upon Leto by Hera, the wife of Zeus, and Leto had to flee and give birth on a faraway island. Although she was only an infant, first-born Artemis aided her fear-stricken mother by helping deliver her twin brother Apollos. Both children, who became Zeus’ favorites from among all his children, grew up to possess great beauty, strength, and courage. Both became Olympians, and Artemis grew to love wild creatures and greatly enjoyed running freely and playfully through the forest and mountains with them.

While still a small child, Artemis asked her father Zeus to grant her a special wish: to remain young and a virgin forever and never be forced to marry, so she could spend her life in the forest and mountains. After Zeus agreed, Artemis also asked for fifty nymphs and a pack of hounds to accompany her on her adventures. Artemis also received a powerful silver bow, quiver, and arrows created by Cyclopes, who were storm deities and the first smiths. By day and into the night, Artemis would hunt deer. Then, traveling with her nymphs and hounds, Artemis, under the secrecy of a benighted sky, would bathe in her sacred pool that was shielded by the woods.

One night, a young hunter named Actaeon heard the soft sound of laughter as after he finished hunting one night. Following the voices, he encountered Artemis bathing in the night. Spellbound by the beauty of the young goddess, Actaeon found himself unable to move or look away from Artemis. Artemis’ nymphs hurriedly covered the enraged goddess, who dipped her fingers into the water and threw the silvers droplets into the face of the mesmerized young hunter.

As soon as the water splashed upon Actaeon, he began to sprout antlers and transform into a deer in front of Artemis and her nymphs. Actaeon’s own hounds, not recognizing their master, turned upon Actaeon and began to devour him. Vowing that no human would ever boast of watching her bath, Artemis, her nymphs, and hounds flew defiantly away into the night.

The story of Artemis and the Deer Hunter is one not easily forgotten. It is a somber example of the folly of youth and the cruelty of fate. It illustrates the uncertain and perilous conditions of human life. That a young goddess is so protective of her virtue that she cannot recognize the innocence mistake of a young hunter– one who is helplessly transfixed her charm and allure– is what makes the story of Artemis and the Deerhunter so significant and enduring.