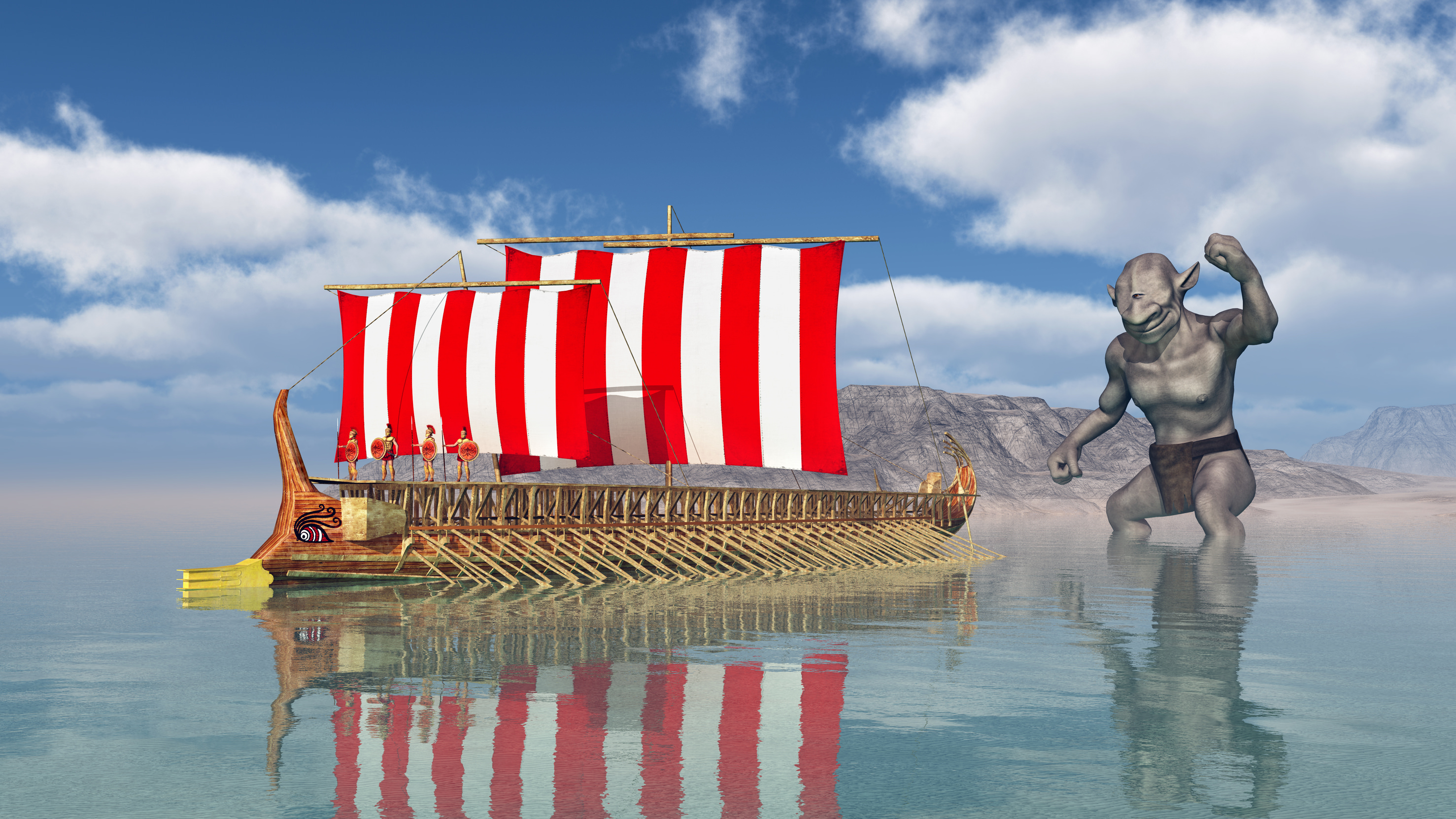 Although many people believe that “Cyclops” was one person, this isn’t actually the case. Cyclops were an entire race of gigantic, one-eyed monsters who played a part in Greek mythology in various stories, depending on the source. Despite who talked about them, however, it wasn’t usually their physical appearances that changed – only the stories that included them. Here’s more information about the Cyclops race of monsters in Greek mythology:

How the Cyclops Are Depicted

In many of the stories, the Cyclops race were portrayed as terrifying monsters who often ate humans. Other stories associated them with Hephaestus, the god of the blacksmiths who had a workshop in the heart of Mount Etna. In this case, they were known as workers who aided Hephaestus in his forge. It is speculated that this could have led to the belief that the Cyclops had one eye. Blacksmiths often wore an eye patch to protect that eye from sustaining damage from the heat of the fire while working at the forge. In some stories, the Cyclops were defeated by Odysseus. In others, they were imprisoned by Cronus, the ruler of the Titans. It is also possible that all these stories represent the Cyclops since they all occurred at different times.

How Hesiod Portrayed the Cyclops

Hesiod is responsible for writing about much of what we know about the Cyclops race. In his Theogeny work, he says that there were three Cyclops named Brontes, Steropes, and Arges. He says that they were the sons of the primoridial god and goddess, Uranus and Gaia. Because of their relationship to Uranus and Gaia, that means that they were related to the Olympic gods and goddesses. He also despicts them as being “giants” with a single eye, placed in the center of their foreheads. He also explains that they were not pleasant to be around and were often cranky, angry, and generally miserable. They were also physically strong. Hesiod said that after Cronus defeated Uranus, he threw the Cyclops in prison because he feared how strong they were.

What Euripides Had to Say About the Cyclops

Euripides had another twist on the tale of the Cyclops. In his play, Alcestis, Apollo, the god of music, killed the Cyclops to avenge the death of Asclepius, the Ancient Greek hero of medicine who is said to have been killed by Zeus. In Euripides’ version of the tale, the Cyclops were the creatures who created Zeus’s thunderbolts. Apollo killed the Cyclops by plunging a sword in their eyes. Although this wasn’t covered in the play, other versions of this particular story show that Zeus later revived both Asclepius and the Cyclops by giving them a pardon, which allowed them to exit the Underworld. This was a rare occurrence since Hades never let anyone leave the Underworld.