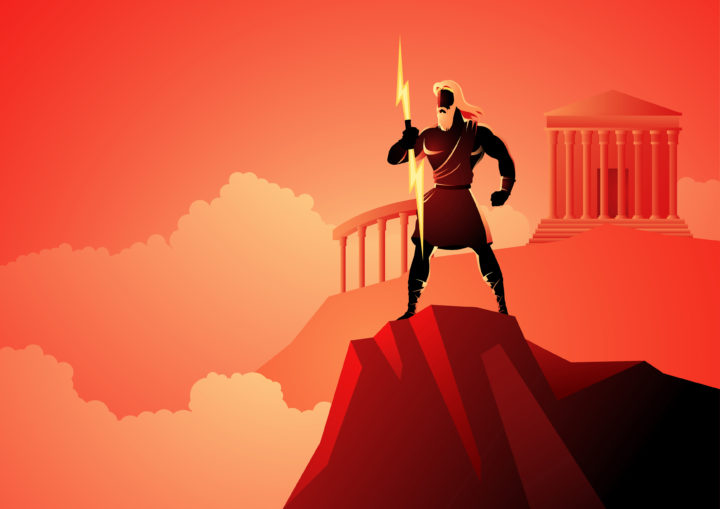 Greek mythology has some of the most recognizable stories in literature. These stories cover a variety of themes, such as  lust, greed, anger, love and jealousy. Ancient Greek mythology sets forth five ages of man, each recording a decline in the human condition. The five ages are: Golden, Silver, Bronze, Heroic and Iron. The Golden Age of Greek mythology was the first and therefore the most peaceful and beautiful for mankind. Here’s more information:

Start of The Golden Age

The Golden Age was man’s first period on Earth. In this period, men were created by Cronus, the youngest of the twelve original Titans. These Titans were the children of the Earth, known as Gaia and the sky, known as Uranus. They were the parents of the Greek gods we are familiar with today, such as Zeus and Hera. In Greek legend, Cronus rose to power after deposing his father and ruled over the Golden Age of man.

Life During the Golden Age

Greek mythology describes the Golden Age of man as a time of limitless peace, prosperity and harmony among all things — gods, man, and nature. Mankind lived among the gods, and the world is described as being in a state of eternal spring in which men lived in ease and comfort.

During this first age food was abundant, and men could gather it with ease, never laboring to feed themselves. They lived well into old age and maintained their youthful appearances throughout the duration of their lives. When death finally came, it was peaceful, and men’s spirits remained present on Earth, continuing on as guardians of the living.

End of the Golden Age

The Golden Age ended with the fall of Cronus. Though this first age was a time of peace, Cronus lived with a hidden fear. His mother, Gaia, had prophesied that he would be deposed by one of his own sons, just as he, Cronus, had deposed his father, Uranus. During his reign, Cronus married his sister, Rhea, the pair lived as husband and wife, producing six children: Zeus, Poseidon, Demeter, Hera, Hestia and Hades.

Cronus, mindful of his mother’s prophecy, was determined not to be overthrown by any of his offspring and devoured each newborn child upon its birth. His wife and sister, Rhea, saved just one child from this awful fate. After giving birth to Zeus, she hid him away and instead presented a stone wrapped in swaddling clothes to Cronus which he promptly swallowed.

Years later, fully grown, Zeus emerged from hiding and confronted his father, forcing the Titan to regurgitate the siblings he’d consumed. Zeus then led his brothers and sisters in a ten-year conflict against the Titans eventually emerging victorious. With the Titans defeated, Zeus assumed the throne on Mount Olympus and presided over mankind, ushering in the Silver Age.

The Golden Age of Greek Mythology was a time of peace and harmony among all living things which occurred despite its heavily flawed ruler, Cronus, youngest of the Titans. During this time, men enjoyed lives such as humans have not known since, with good health, abundant food and a beautiful garden-like world, and this was reflected in the myths and legends of the time.