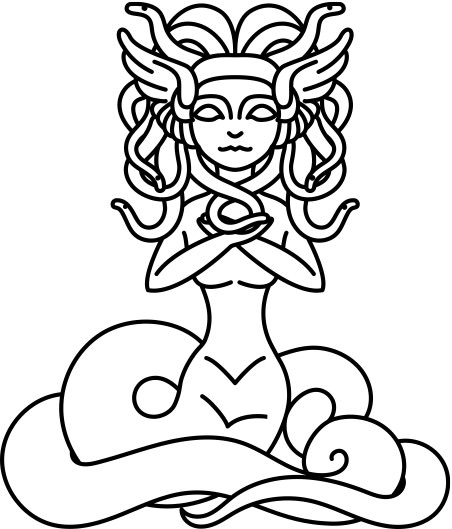 One of the classic themes in Greek mythology is the fact that Zeus, the king of the gods, had many mistresses and that Hera, the queen of the gods and Zeus’s wife, didn’t like it. Her jealous streak was legendary and Hera seemed to delight in causing the mistresses pain. This is exactly what happened to Lamia, a woman who started out as the Queen of Libya but became a child-eating demon because of her involvement with Zeus. Here’s a look at Lamia’s tragic story:

How Lamia Became a Vicious Monster

Lamia was a beautiful queen who ruled over Libya. In fact, there are some who say that she was considered one of the most beautiful women in the world. When Zeus saw her, he immediately became interested in making her his mistress. While the two were having their affair, Hera found out, which sparked her jealous streak. To punish Lamia for stealing her husband’s attentions, Hera killed all of Lamia’s children and turned her into a child-eating sea monster. However, Lamia didn’t just eat children – she delighted in hunting and stalking them before she ate them.

Another Version of Lamia’s Story

There is actually more than one version of Lamia’s story. As mentioned above, one version says that Hera killed the children and then turned Lamia into a monster. In another version of the story, Hera killed the children but Zeus transformed Lamia into the child-eating monster so that Lamia could get revenge by raving other people’s children. There’s also a version of the story that indicates that Hera didn’t kill the children but actually stole them. When Lamia lost her children, she went completely insane and gauged out her eyes. It was during her madness that she began eating other people’s children out of envy, and it was this act that turned her into the dreaded monster. Still, other parts of the story indicate that Hera forced Lamia to eat her own children.

Characteristics of Lamia the Monster

No matter what version of Lamia’s story you follow, she shares the same general characteristics from one tale to the other. However, there are some slight differences depending on the source. She was always portrayed as a frightening monster who was thirsty for children’s blood. Her most common physical depiction is that she has the body of a woman and the tail of a serpent. However, in some depictions she is shown to be an ugly woman with a crazed look on her face. In some versions of her story, she is shown to never close her eyes. As part of her course, she is meant to keep her eyes open so that she can always see her victims.