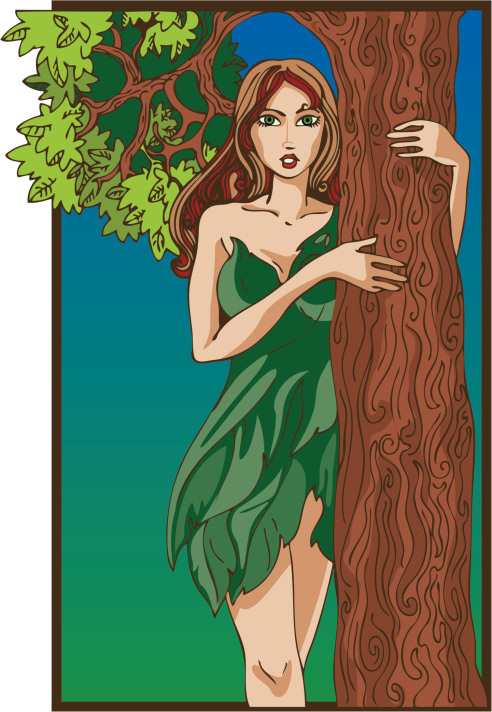 In Greek Mythology, the Nymphs were minor goddesses that were present in the natural world. They were spirits who helped shape the beauty found in nature. Wherever there was natural beauty, there was a nymph who was responsible for shaping this beauty. They also provided companionship to various gods. Dionysius, Hermes, Artemis, Demeter, and Poseidon were all associated with them.

Where the Nymphs Came From

There are varying ideas concerning where the Nymphs actually came from. In some literature, they were all referred to as the Daughters of Zeus. Some sources say they sprung out of the very nature they shaped. One thing is certain – the Ancient Greeks valued and worshipped nature, and these beautiful minor goddesses came from those beliefs.

Role of the Nymphs

The nymphs were beautiful creatures whose sole purpose was to shape and protect nature. Each nymph settled into an area in the woods and became the sole caretaker.

As a result, there were groups of nymphs for each type of natural phenomenon. In general, there were three basic groups – water nymphs, land nymphs, and tree nymphs. The groups were further divided as follows:

– Alseids and Leimoniads were the nymphs who lived in groves.
– Dryads were the forest nymphs.
– Oreads were the mountain nymphs.

How the Nymphs Were Depicted

The word, nymph, is derived from a Greek word that means “bride”. They were shown with long hair and flowing, beautiful garments. Nymphs were always young and other creatures were always attracted to them. This includes gods and goddesses, humans, and other mythological creatures. They were also able to change shape to blend in with their environments.

Dionysius, the god of wine, was always associated with several beautiful nymphs who helped feed his zest for life. Pan, like Dionysius, also possessed this same lust for life and he also attracted certain nymphs. Also, Artemis had a following of around sixty Oceanids who became part of her followers. Poseidon was often associated with the Nereids, the sea nymphs.

Were They Really Goddesses?

Though they were called goddesses, that description isn’t entirely correct. They were considered spirits and ethereal beings. Though this made them deities, they weren’t quite goddesses because most of them weren’t immortal. Rather, they lived a long time. Some of them, however, could die.

The nymphs were spiritual beings that made their way into the Greek mythological stories and legends. Although there is some variation as to who and what they are, one thing remains consistent: these creatures are depicted as beautiful females who protect a specific domain. Some of them were also associated with gods and goddesses such as Poseidon and Artemis.