About Selene – Titan Goddess of the Moon

Written by GreekBoston.com in Greek Mythology Comments Off on About Selene – Titan Goddess of the Moon 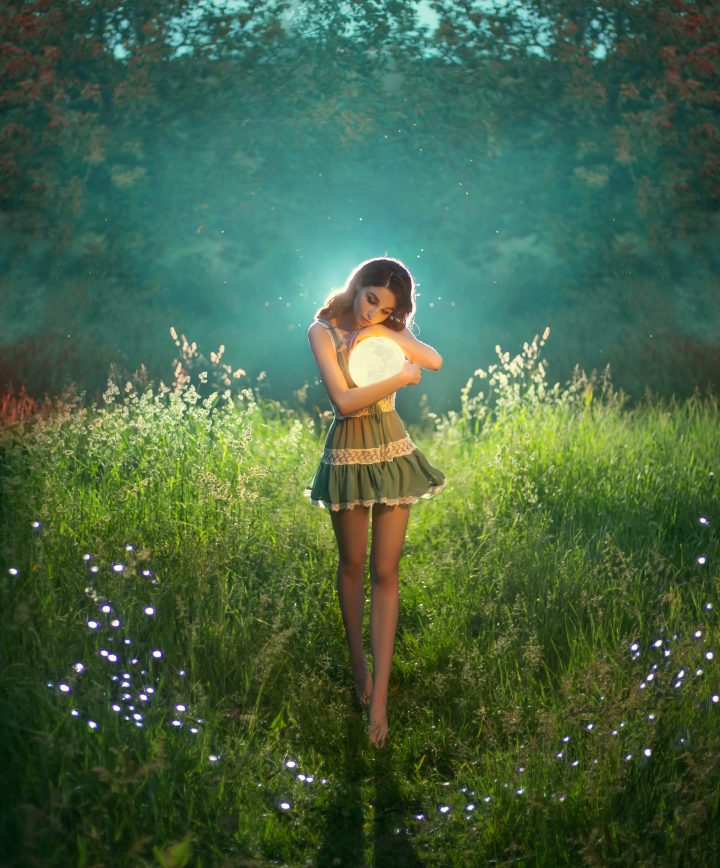 The Greek titan goddess Selene is the very personification of the moon. Using her chariot, she brings the light of the moon streaking across the night sky. Artemis and Hectate join her to make the trio of Lunar Goddesses. Under her mystical dominion she purportedly finds many loves, but none so great than the mortal Endymion. Her powers, stories, and depictions are as mysterious and captivating as the Moon. Here is more information about her:

Selene is often referred to as simply a Greek Goddess, perhaps due to her later shift to the Roman Goddess Luna. Still, she would be more accurately titled as a Greek Titan. Her parents, the Titans, Hyperion and Theia, rose against Uranus and helped establish the Greek Parthenon. Their children all served a major celestial movement, driving chariots to bring on time changes. Along with Selene as the Moon, there was Helios, the Sun, and Eos, the Dawn.

Goddess of the Moon

As each Lunar Goddess seems so similar, they are often confused for one another. They, however, represent very different aspects of the Moon. Artemis holds dominion over the nighttime hunt. Hectate serves as the Goddess of night magic and death. Though Artemis and Hectate represent aspects of the Moon, Selene represents the Moon itself. Her powers involve bringing it into the night sky.

Goddess Selene often is depicted in her divinely crafted silver chariot. She opted for two snow white winged horses to drive to lead the chariot. At the culmination of each day, Selene uses it to bring the night and with it the illuminating Moon.

Tales of Love and Solitude

There are stories abound telling the lovers of Goddess Selene. Some include powerful Parthenon Gods, like Zeus, while others speak of minor gods, such as Pan. However, the beautiful Endymion is often attributed to her one true love.

Endymion was just a mortal and spent his evenings sleeping near his cattle. It was there that Selene watched from up above until one night she descended to be with him. They fell madly in love, but a terrible condition fell upon mortal Endymion. The stories diverge at this point. Some say he had an affair, while others say it was vanity that led to his fateful choice.

Either way, Zeus placed Endymion in an internal sleep. The most common tale is that Zeus deceitfully gave Endymion the option to stay young forever. Endymion, wanting to never age to stay with this beloved Selene, quickly agreed. Then, Zeus put him into a sleep he could not wake from to keep his youth intact. He rested near Mount Latmos, where every night Selene would lay with him until she gave birth to fifty of his children.

Her stories as mysterious at the Moon, Greek Goddess Selene speaks of the illumination one finds during the night. Her powers come from her Titan parents and are shared with her celestial siblings, Eos and Helios. Forever destined to be apart from her love Endymion, she serves with the Lunar Goddesses.