It is said that Aphrodite, the Greek goddess of love and beauty, was born when she emerged from the foam and waves of the sea. Her mysterious birth gives her an air of mystery that she carries with her in her encounters with all people. She enchants all those who come in contact with her and humans and gods alike all fall for her charms.
There are, however, some stories about her that stand out more than others. Who was Aphrodite and what role did she play in Greek Mythology? Here is an overview of some of the best stories.

There are a few stories that try to explain Aphrodite’s birth. In one story, she was formed in the sea after Cronus castrated Uranus. Another story says that Zeus, king of the gods, and his lover, Dione, were her parents. No matter how she was born, all stories do agree that she was both sensual and beautiful and that she enchanted everyone she came in contact with.

Aphrodite is always depicted as being a beautiful, young woman. She has long hair and a garment that enhances her feminine shape. She is looked at as being the most beautiful female in the world, and the standard to which all women compare themselves. Her ultimate symbol is her girdle where it is said much of her feminine power lies. Her other symbols include the golden apple, dolphins, roses, a mirror, and a swan.

Story of the Golden Apple

Because Aphrodite made a promise to Paris to make her his wife, this gave her a competitive advantage over the other goddesses, which made her the victor. Aphrodite’s reward was the Golden Apple, a symbol of her beauty. When Paris took Helen as his wife, it wound up causing the Trojan War.

Goddess of Love Gets Married

Aphrodite’s husband is Hephaestus, a god who, despite his strong profession as a blacksmith, is painted as being too meek to control her. In fact, once Zeus realized Aphrodite’s nature, he knew she needed to have a husband who would tolerate her wild and sensual habits. He chose Hephaestus because he knew it would help prevent too many people from fighting over her.

Though she had a husband, Aphrodite did have many lovers. Among these were Ares, Hermes, Poseidon, Adonis, and Dionysius. She also had several children, most with different paternity. Among these were Eros, whose Roman equivalent is Cupid. We understand Cupid as shooting an arrow, which compels us to love whomever we see.

As you can see, Aphrodite is a great symbol of love and beauty. The Ancient Greeks were fond of depicting her as a beautiful, young maiden. She was known for being a sensual goddess who had many lovers. Though she was hard to control, she did have an important place in ancient mythology. 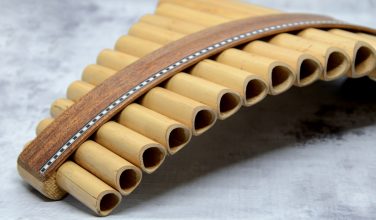